We will jointly build "one belt and one road" to achieve win-win development.

In April 25th, on the first occasion of the second "one belt and one way" International Cooperation Summit Forum, the vice chairman of the Chinese folk chamber of Commerce, chairman of the board of directors of the red bean group and CEO Zhou Haijiang were invited to attend the meeting. As the sole representative of China's private enterprises, he made the keynote speech of the "eight sides win win" and jointly build "one belt and one road".

Gao Yunlong, vice chairman of the CPPCC National Committee and chairman of the National Federation of industry and commerce, and Xiao Yaqing, director of the state owned assets supervision and Administration Commission, delivered speeches. 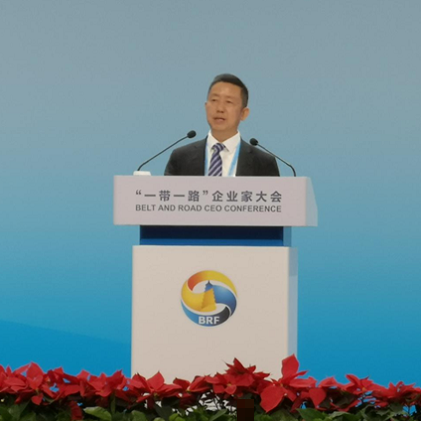 At this entrepreneur conference, as a "one belt and one road" project,

In the six years since the "one belt and one way" initiative was put forward, the total trade volume between China and the co construction of the "one belt and one road" country has exceeded US $6 trillion, and the 82 overseas cooperation parks built with the countries along the route have created nearly 300 thousand jobs for the local area.

It can be said that the "one belt and one road" initiative originated from China, but the opportunities and achievements belong to the world.

In his speech, Zhou Haijiang said that the essence of "one belt and one road" is to win all mankind together.

To this end, the red bean group in Kampuchea led the development of the 11.13 square kilometers of the Sihanouk port special economic zone, put forward and implemented the "eight sides win win" development concept, focus on the West Port special zone to build a "win-win project" and "popular project".

At present, the West Hong Kong Special Administrative Region has 161 enterprises from China, Europe and America, Southeast Asia and other countries and regions. It is the largest, the most influential and the best social economic zone in Kampuchea. The Prime Minister of Kampuchea, Hong Sen, visited the special region 4 times, calling him a Pro son.

On the "one belt and one road", every country has different national conditions. The project must take root in the locality, cooperate with the local government and people, and win each other for a long time. This is the biggest experience of the more than 10 years of the red bean group's running overseas park.

For the "eight sides win win", Zhou Haijiang explained that it is to achieve the win-win results of the 8 stakeholders of the SAR, shareholders, employees, customers, suppliers, partners, governments, the environment and the society (community) and share the fruits of development.

He said that to win with shareholders is to ensure the investment safety and related rights and interests of shareholders of various investors in the SAR, and strive to maximize the reasonable return.

To win with suppliers is to form a strategic cooperative relationship with excellent suppliers, develop together and share interests.

To win with partners is to establish a healthy ecosystem with symbiotic and common prosperity partners, such as franchisees, agents and intermediary services.

To win with the environment is to eradicate and prevent pollution development, and to achieve coordinated and sustainable development between man and environment.

The West Hong Kong Special Administrative Region is also known as the "golden rice bowl" by the local people.

The HKSAR also has the obligation to train local people in operation skills and Chinese language, and trained more than 40 thousand people.

In 2010 and 2015, two outstanding young people from Kampuchea were sent to China for further education.

Customers are the source of profits for enterprises.

Win win with the local government.

In 2018, the total output value of the West Hong Kong Special Administrative Region (HKSAR) has reached 1 billion 1 million US dollars, and its contribution to Sihanouk's economy has exceeded 50%.

The West Port region has made great efforts to bridge the friendly exchanges between the two countries, two provinces and two places. Jiangsu and Sihanouk, Wuxi and Sihanouk have respectively concluded their friends cities.

The two countries, two provinces, and the two sides are taking the Special Administrative Region of the West Port as the platform to continuously strengthen cooperation and exchanges in economy, trade, culture, education, health and medical treatment.

Zhou Haijiang said that the SAR has also been paying attention to win win with society (community).

For many years, the West Port Special Administrative Region company has been insisting on building schools for the local community. Every year they donated money to the Red Cross Society of Kampuchea. They donated money to study, mobilize their staff to help poor people to help poor students, and assist the five batch of foreign aid medical teams dispatched by the Jiangsu provincial government for more than 7900 patients in Sihanouk province. 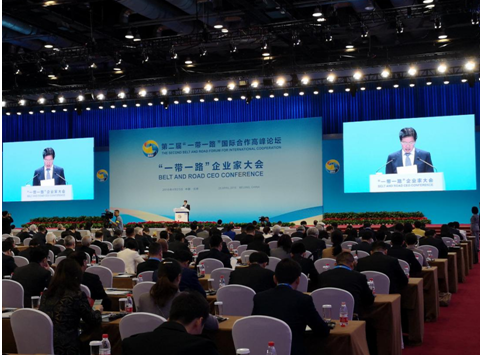 In January 21, 2019, when President Xi Jinping met with Prime Minister Hong Sen, he reaffirmed the pragmatic cooperation between China and Cambodia in "one belt and one road", and proposed that the "one belt and one road" initiative should be accelerated to link up with the development strategy of Kampuchea.

The China and Cambodia communiques issued subsequently stressed that the two sides should work together to promote the smooth implementation of key projects in infrastructure such as the Sihanouk special economic zone.

At the end of the day, Zhou Haijiang said, we will continue our efforts to build a higher level, promote the construction of the special zone with practical actions, achieve high quality development, and promote the dream of the development of the countries and peoples along the line.

A vivid interpretation of China's role in building a community of human destiny.

It is reported that in April 26th,

He will also be invited to attend the opening ceremony of the "one belt and one way" summit and listen to Chairman Xi Jinping keynote speech.

In April 25th, Chen Jiangang, chairman of the West Port Region, exchanged speeches at the Forum on foreign trade and economic cooperation.

The Thailand project of the red bean group general contract signed at the entrepreneur meeting is a high-performance radial tire project with a total investment of US $300 million. It will build an annual production base of 6 million semi steel radial tires and 1 million all steel radial tire production bases. It is the largest project for Chinese manufacturing enterprises to invest in Thailand in 2018, covering a total area of about 510 thousand square meters, and is expected to increase more than 1500 jobs for Thailand.

The content and accuracy of the information released by the platform are solely responsible for the original units or organizations providing the information.

Do You Share Your Clothes? Do You Rent Rents Instead Of Buying Them?

UNIQLO 2019 Revenue Growth In The First Half Of The 6.8% China Region Double-Digit Growth

Hong Kong Shares Announced The Full Integration Into The Internet Of Things, Will Be The Three Major Business Segments "Big Note".

The global economic layout: the European luxury industry is facing the globalization of the "big shuffle" market and the increasing strength of the Internet, which makes the European luxury industry face a change. Amazon and Alibaba are seen as a major threat to the industry. Thelios, a high-end eyeglasses factory under LVMH, is located in the deep part of Dolomites, Dolomites mountain, Italy. Lu Wei Ming Xuan's glasses business Lu Wei Ming Xuan, the world's largest luxury sales