Will Downward Pressure Continue? In The Second Half Of 2019, The Operation Trend Of Chemical Fiber Industry Was Known.

In the first half of 2019, China's economic environment was grim and complex, especially external challenges and uncertainties. The downward pressure on the chemical fiber industry was increasing. On the whole, demand side continues to weaken, supply and demand contradictions are highlighted, the market situation shows a trend of first and then suppressed, the low position rebounded in June, the industry profit situation obviously declined, the operation quality was generally stable, but the risk has already appeared; the industrial chain "integration" further deepened, the industrial chain profit redistribution; the investment growth rate dropped to the negative growth, the new production capacity reduced year by year.

1. Basic operation of the industry (1) production

According to the National Bureau of statistics, 1~6 chemical fiber production 28 million 36 thousand and 500 tons, an increase of 12.05% over the same period. Among them, polyester, nylon and viscose staple fiber three kinds of products output growth rate is over 10%. But according to the association's sampling survey, the growth rate is about 8%. 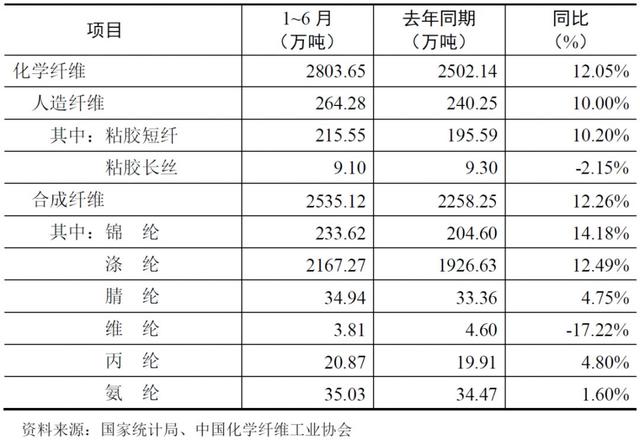 With the growth of textile and clothing sales slowed down and the export pressure increased significantly, the terminal market was weak, the trade frictions continued to affect, and the domestic textile products were overloaded with high inventory. The contradiction at the end of the industrial chain is still continuing to ferment, and the loom loom booting rate has dropped significantly. Although the output of the main products of the downstream chemical fiber can still maintain growth, compared with 1~6 months in 2018, the growth rate of cotton blended yarn, chemical fiber yarn, cotton blended fabric and cord fabric decreased to varying degrees. 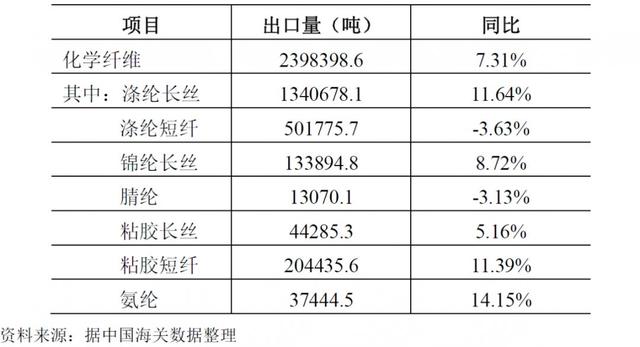 Take polyester as an example, the market has rebounded after the sharp decline in the fourth quarter of last year. At the same time, the rise of international crude oil price has become the support of cost side. 1~4 months, the market has gone up slightly, but there is no need for demand. In May, the pressure of trade war between China and the United States increased, resulting in a rapid decline in the prices of all kinds of products in the chemical fiber market. In June, the price dropped to a low level, and the downstream buying led to a successful market success. With the easing of the trade war after the G20 meeting, there was a short wave of rising prices. But demand did not improve substantially. In July, prices returned to fundamentals and entered a downward path. 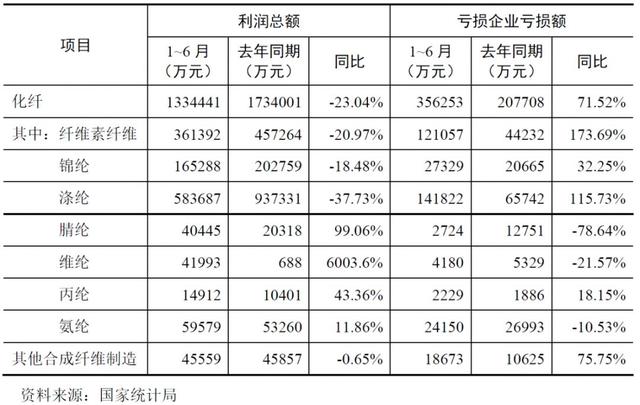 With the further deepening of the integration of the industrial chain, the three links of PX-PTA- polyester enjoy an overall profit growth, but the profit space has been redistributed. In the first half of the year, PTA links were profitable.

Two. Forecast of industry operation in the second half year

From the cost point of view, large scale refining and chemical projects will soon be put into operation. The domestic output of PX will be released and the localization rate will be raised. The low cost of domestic integrated refineries will further reduce the processing difference of PX, and suppress the price of PTA and polyester from the cost end. PTA profits may still remain relatively good, so the PTA load will still remain at a high level, PTA will remain balanced and loose, and the polyester market will also be suppressed.

From the demand side, we can see whether the peak season is expected to materialize, but under the complex trade situation, the mentality of terminal production will be more cautious, the peak season is not strong enough, and the sustainability is weak. Therefore, the overall demand will be hard to pick up.

From the perspective of industry supply capability, preliminary statistics show that the polyester project has been put into operation in the second half of this year for 3 million 500 thousand tons (including 600 thousand tons of bottle tablets). Although the new energy output is not as good as last year, the market will be under great pressure when demand is sluggish.

On the whole, the downward pressure of chemical fiber industry is still very large in the second half of the year, and the risks and challenges remain. With the gradual development of the national initiative to promote high-quality development, the development and operation of the chemical fiber industry will also play a strong support. The industry's own risk tolerance and development resilience will continue to improve. What the industry needs to do is to "manage its own affairs", strive to defuse risks, strengthen industry self-discipline, avoid undesirable competition, and reasonably control new production capacity.

Many Years Of Friendship Sparkled With New Sparks: How Much Benefit Did The Textile Industry Benefit When Sino Italian Economic And Trade Entered "Honeymoon"?

How To Optimize And Perfect The Risk Management Tools Of Polyester Industry Chain? Zhengzhou International Futures Forum Will Give You An Answer In Early September.

The High Level Of Stock Alerts "Lifted", The Major Clusters Started To Pick Up Again, And The Textile Market Changed From "Light" To "Prosperous".

How Attractive Is The Finished Curtain? Listen To What Consumers And Brand Names Say.