What Are The Popular Clothing Brands For Middle-Aged And Elderly Women? 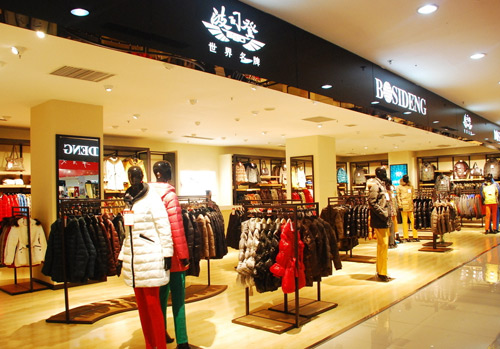 Bosideng, originated in Jiangsu, founded Bosideng International Holdings Limited in 1994. Bosideng is an enterprise that specializes in the development of down garments. Therefore, Bosideng's middle-aged and old women's clothing mainly focuses on down garments. With the development of the company for many years, Bosideng gradually gained the qualification of various quality systems, and the clothes of Bosideng were gradually recognized by consumers.

Milan Deng brand was founded in 1995. It has been focusing on high-end clothing for many years. It is a company integrating R & D, production and sales. At present, Milan has the most advanced technology in modern society. It is worth mentioning that Milan Deng is a cost-effective clothing brand. The clothes produced are of high quality raw materials, and Milan's products are popular at home and abroad.

Xiang Yan, an enterprise founded in 2013, is a very good brand in the clothing industry. Since its establishment, the company has been focusing on the development of its own enterprises, actively introducing modern equipment, improving production technology, and actively innovating in design and production. Most of the women's clothing in the Yan Yan's home is fashionable and simple. The biggest feature is that the fabric is good and feels very good.

Mrs. fat is a fully integrated women's clothing brand. Design and production are all done by herself. Since its establishment in 1996, it has always been the principle of quality first, and has strict checks on the production process of the products. The middle-aged and elderly clothing of the fat lady is mainly concentrated in the characteristics of quality and comfort.

Yu Zhaolin, a famous clothing brand, was founded in 1996. It has been developing towards a diversified enterprise. The company's products have gradually expanded its categories, making its products more and more abundant. The company attaches great importance to the production process of clothing and has always adhered to the principle of quality first. There are many colors in the clothing of the middle and old age of Yu Zhaolin's family.

Tao Yumei is a company that manages clothing and shoes and hats. It was founded in 1996 and has occupied a place in the clothing market for many years. Since its establishment, it has passed ISO9001. In its design products, it attaches great importance to the technological level in the production process. Tao Yumei's garment industry has been recognized by many people on the basis of excellent quality.

The brand of sheep Gigi can be said to be the younger generation in the middle and old age clothing nowadays. It was established in 2011. But though young, the clothing they produce is very popular. This is closely related to the development of product innovation by Gigi Gigi, focusing on the management of mother's clothing while ensuring the diversity of products. Gigi giggly has strict checks on every garment it produces, so its sales in the market are excellent.

Heng Yuan Xiang is a very influential brand in the market. Since its establishment in 1927, it has constantly updated the types of its products, and actively innovating production technology, making Heng Yuan Xiang flourishing for so many years. Heng Yuan Xiang's clothing for middle-aged and elderly people has very strict requirements for clothes. We must ensure quality and produce the best clothing for our customers.

Diquetna is a diversified enterprise in the clothing market. Since its establishment in 2008, it has constantly innovating and improving the products of its own family and persisting in selecting the best raw materials for the selection of clothes. It is precisely because of the stringent requirements of the quality of the quality of di kuina that makes the dadina's Chinese and old women's clothing accepted by a large number of consumers, both in terms of quality and clothing design.

Kui K.FLOWER is a clothing enterprise mainly based on casual clothing for the middle-aged and the elderly. Since 2003, it has become a large enterprise from production to sales. Today's Kwai K.FLOWER, constantly introducing new products on the product, makes the middle and old age women's clothing have a lot of styles, which is also the basis for Kuai K.FLOWER to take a firm foothold in the market.

Which Brands Are Better For Middle-Aged And Elderly Women'S Clothing Brands?

The Latest Fashion To Join The Wonderful Scam Franchisee Must Be Alert!

How Can She Avoid Being Deceived By Women's Clothing Companies?

What Issues Do You Need To Pay Attention To When You Open Underwear Franchise Stores In 2019?

How Elegant And Mature Women Are Dressed To Enjoy.

For women in urban life, the refinement of dressing is inevitable. Then we need to do more work on clothing. Choosing clothing naturally is also a matter of choice.