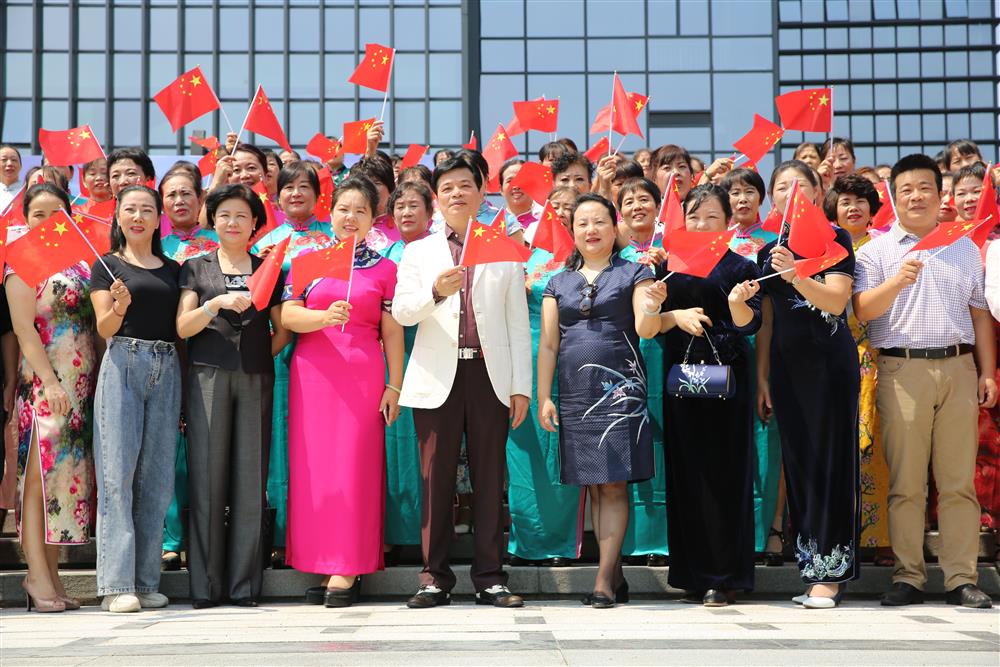 The picture shows the successful launching of the launching ceremony of the on-site guests' celebration. 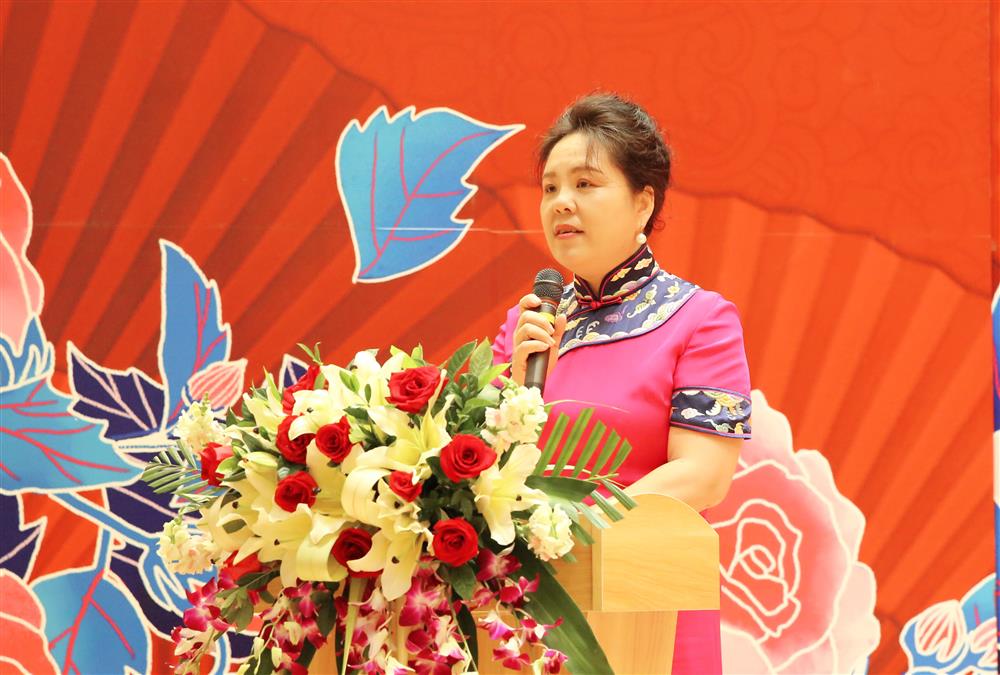 Ms. Wang Yun, President of Shenzhen Qipao culture and Art Industry Association, made the opening speech first. She said that cheongsam is the representative of our traditional Chinese women's clothing, and it is one of the costumes that best embody women's charm. In the new era, modern cheongsam, which is more modern, practical and more in line with the aesthetic taste of modern people, is very popular. Many Chinese fashion designers are also actively promoting the fusion of cheongsam and modern life. The cheongsam innovation and design competition will be adhering to the tenet of "promoting traditional culture and promoting industry development" as always. We will invite new fashion designers from all over the country to create inspiration for the competition of the cheongsam industry, standardize the industrial standard of cheongsam, and lead the cheongsam enterprises in Shenzhen to take the lead in Longhua and build Longhua flag. The height of the fashion culture industry shows the charm of cheongsam to the whole country and the whole world and shows the strength of the Chinese new designers. 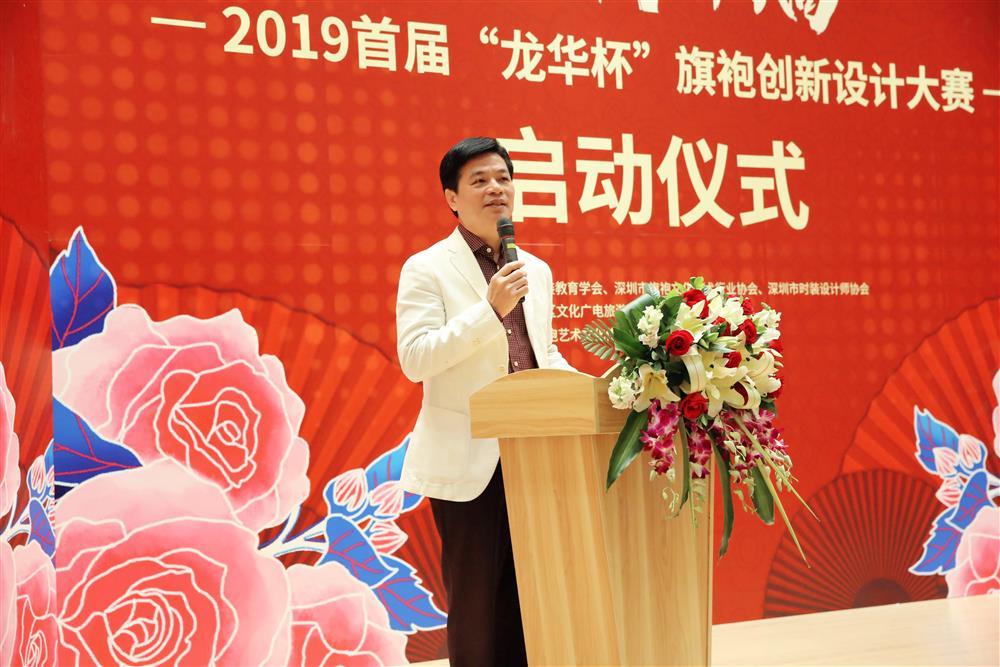 Mr. Zhou Shikang, President of Shenzhen Fashion Designers Association, delivered a speech. He said that Shenzhen is famous for its innovation and cultural industry, and enjoys the reputation of "the capital of design" and "the city of fashion". With the further development of the economic construction of Shenzhen, Hong Kong and Macau, we will take a big step in the process of internationalization of economy and culture. Cheongsam culture, as a treasure of Chinese traditional culture, will surely inject new impetus to the development of Shenzhen. The holding of the "Longhua Cup" cheongsam innovation and design competition has provided a good platform for the excavation of excellent cheongsam (clothing) designers and cheongsam enterprises at home and abroad. It will further strengthen international cooperation and exchanges between Qipao fashion and fashion, promote the economic prosperity and development of Shenzhen Qipao costumes, promote the construction of the bay area of Guangdong, Hongkong and Macau, and enhance Shenzhen's influence in creating the "fashion capital of the world". President Zhou also explained the situation of the competition to encourage more designers to participate in the exhibition and show the charm of Chinese culture. 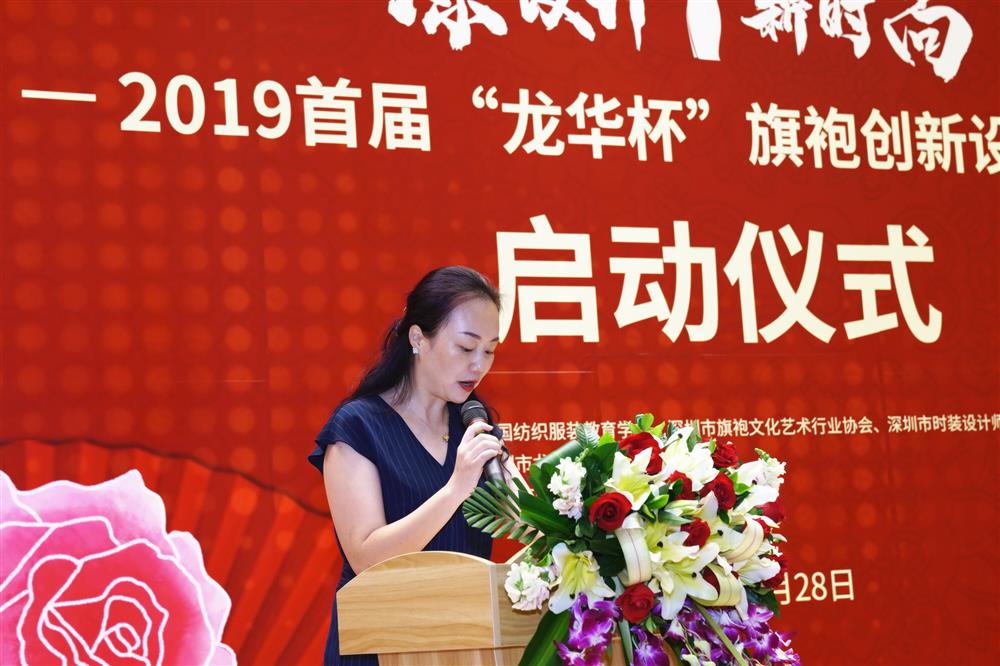 In the speech, Ms. Wu Jie, director of the tourism and cultural industry division of culture, radio, television, tourism and Sports Bureau of Longhua District, Shenzhen, said in a speech that the cultural and creative industries are one of the important pillar industries of Longhua's economic development. In recent years, Longhua district has also constantly improved the enterprise service system and supporting capital policy, and promoted the continuous development of the cultural industry. Cheongsam, as a traditional culture, has strong historical elements. It is one of the most representative clothes of Chinese fashion, and the traditional cheongsam culture is of great significance. This event is held in Longhua, which can attract many excellent cheongsam dress designers and rich cheongsam resources for Longhua District, enhance the core competitiveness of Longhua cheongsam industry, and promote the overall development of the garment industry. I wish the competition a complete success. 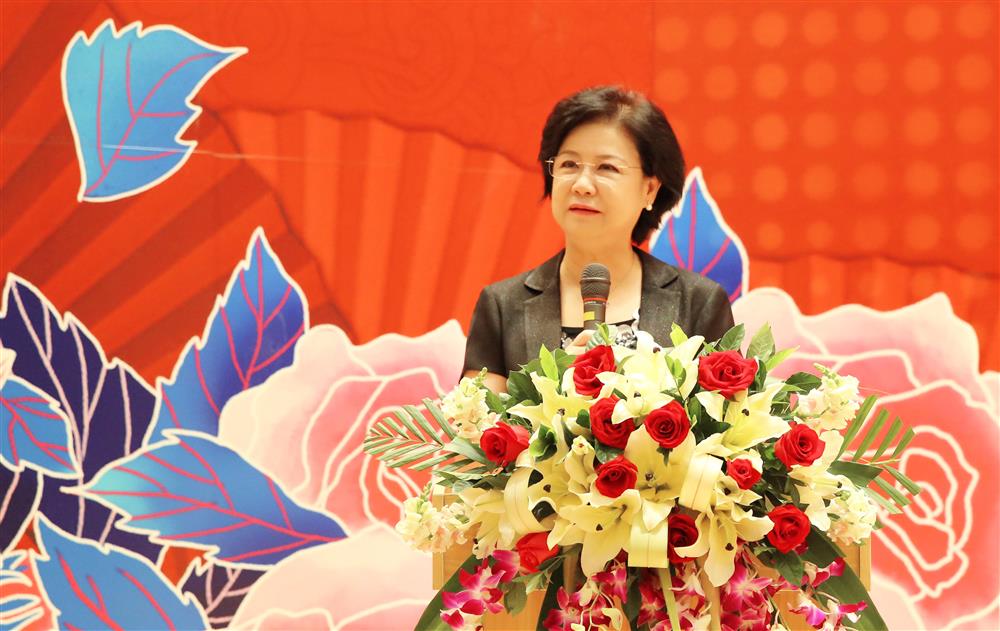 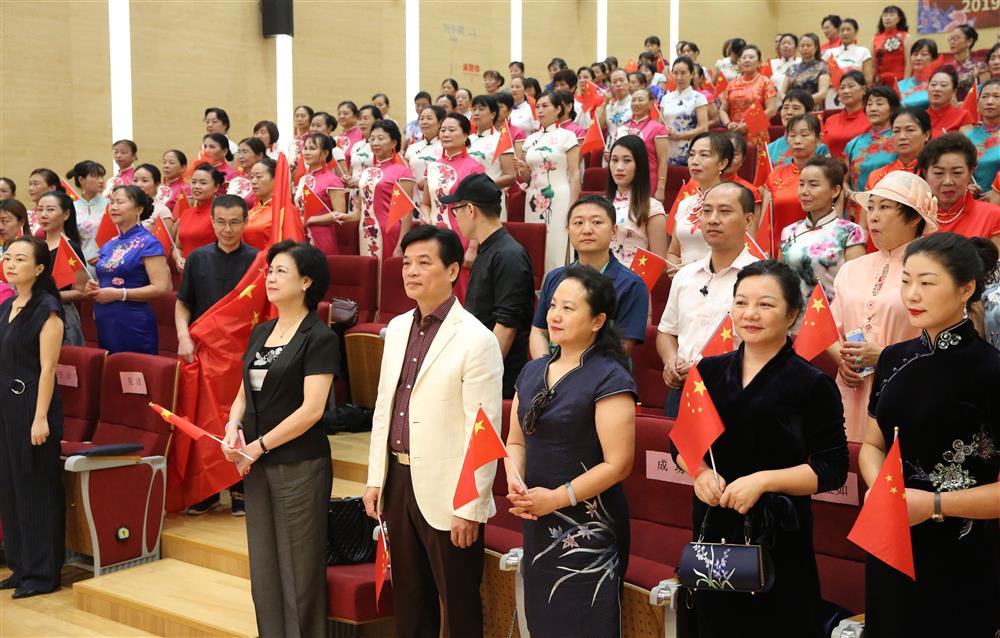 The picture shows the chorus for all the guests.

The picture shows the chorus for all the guests.

Subsequently, Yang Suxian, Secretary of the joint party secretary of the Shenzhen cultural and creative society organization, announced that the event was officially launched, and all the guests' chorus launched the launching ceremony to a climax. At the 70th anniversary time of the founding of new China, "singing motherland", "my motherland and I" sang the enthusiasm of the costumes and the pride of the motherland. 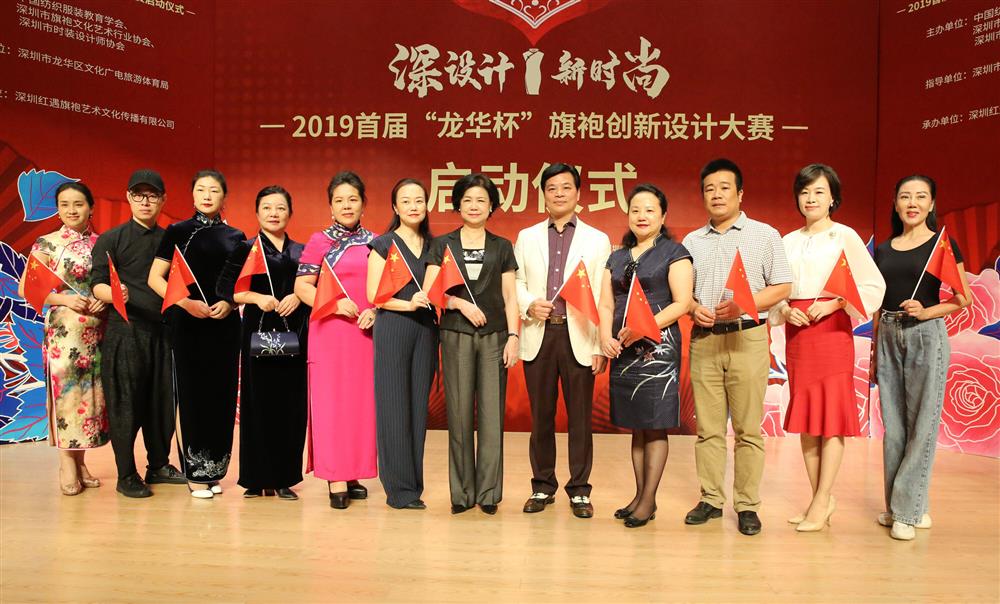 Picture shows the guests for the event.

The picture shows all the guests.

It is understood that 2019 the first "Longhua Cup" cheongsam innovative design competition is based on the theme of "deep design and new fashion", with traditional culture as the carrier, with new fashion and new life as the embellishment. The excellent genes in traditional culture are represented by modern techniques, and the combination of elegant "Oriental temperament" and fashionable "fashion elements" highlights the beauty of design culture. In this competition, both individuals and groups can sign up. As of October 20th, the final will be held in Longhua in November 15th. 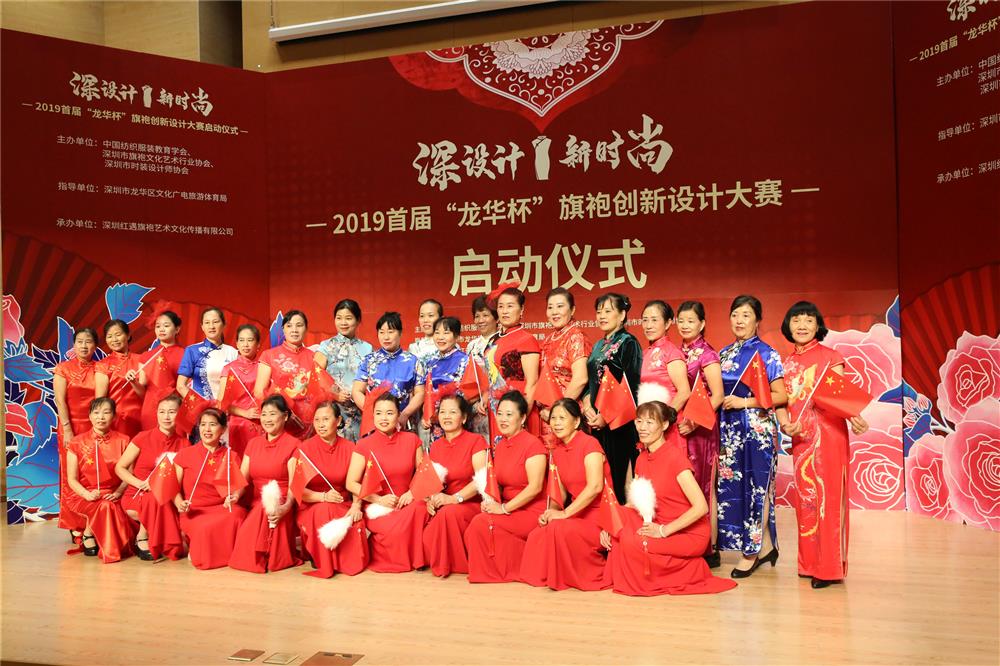 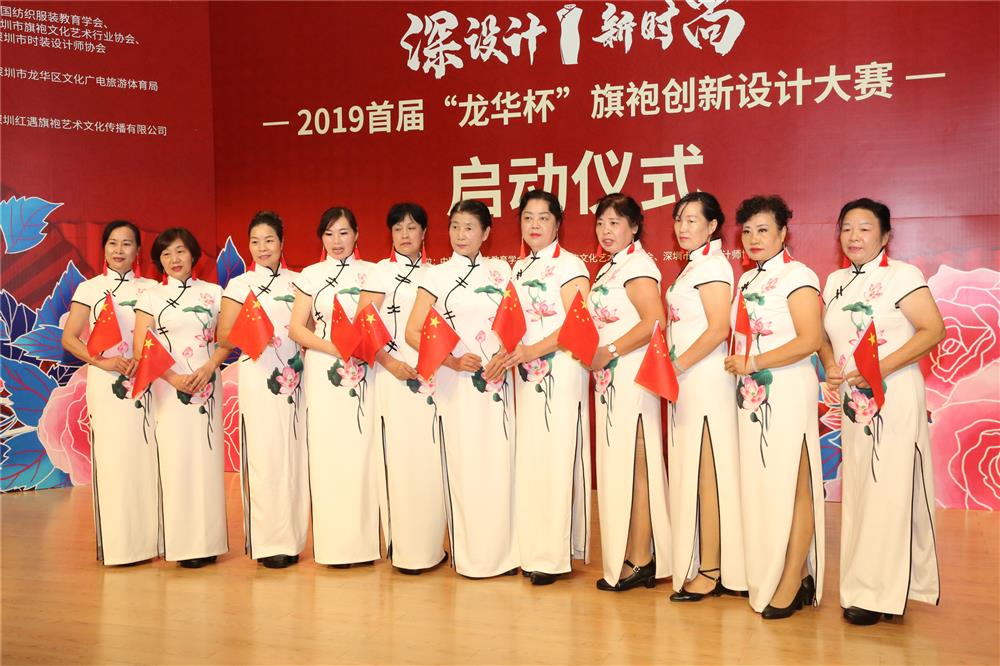 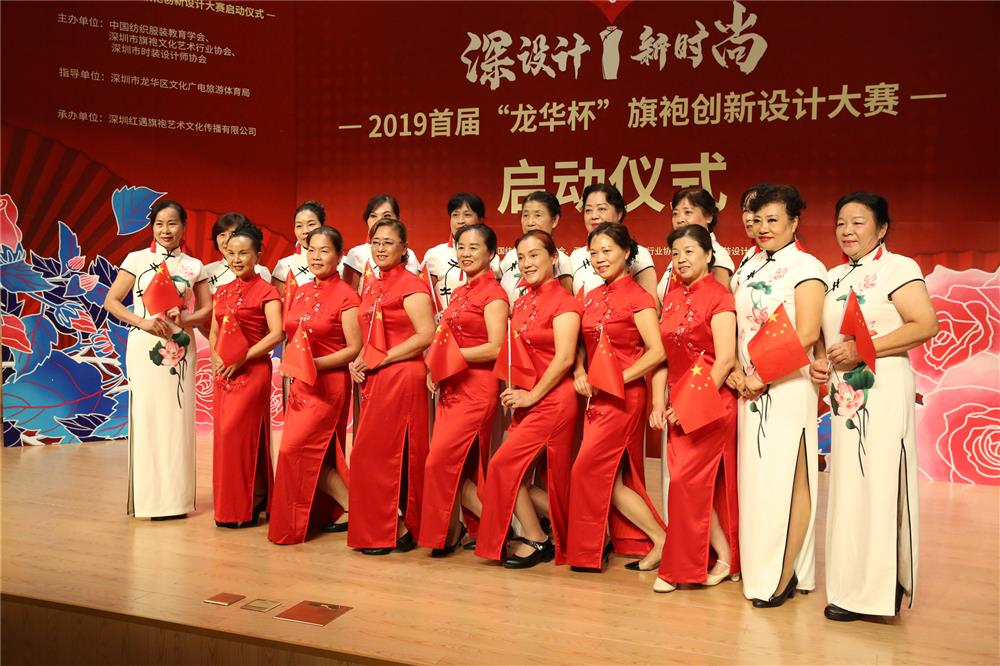 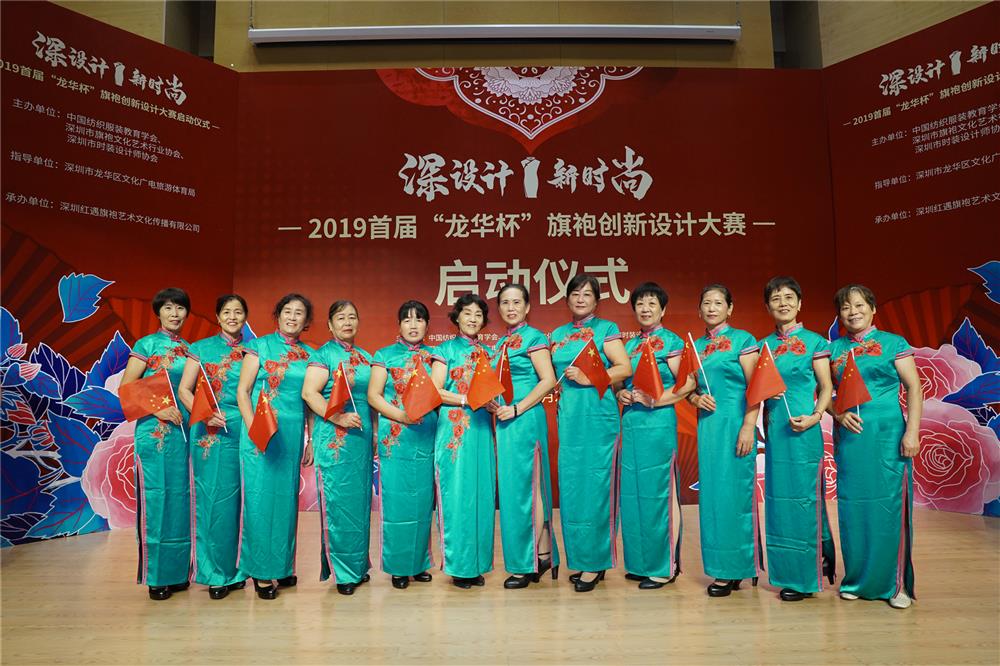 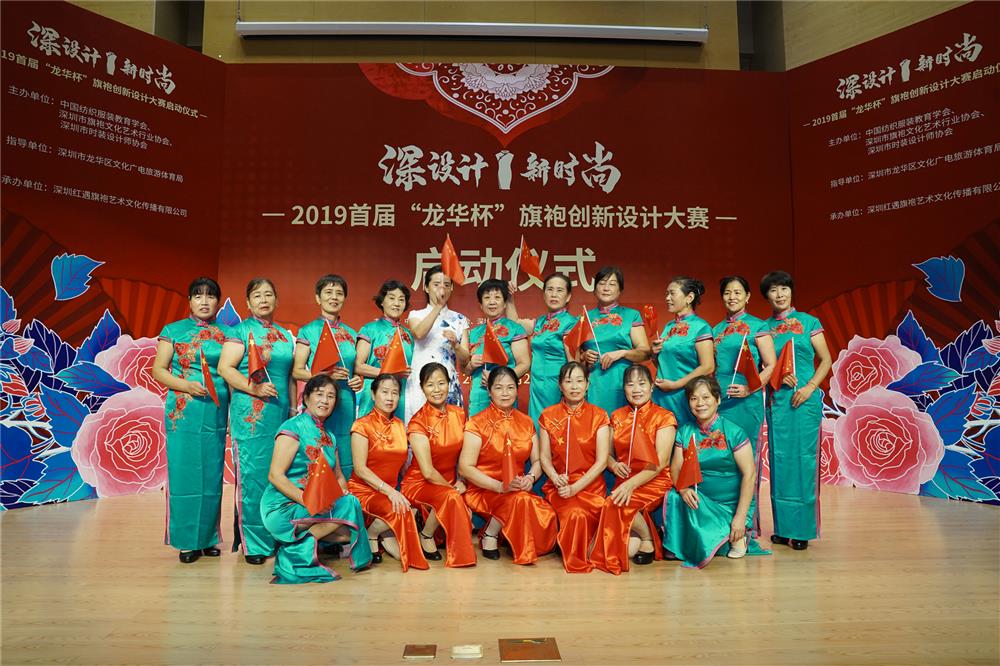 This Summer's Coolest, Most Advanced Indifference, Your Inspiration For Design Material.