"WORK HARD, SKATE HARD" is one of VisionStreetWear's beliefs. It represents contemporary youth's solidarity and perseverance. Just like the officers and soldiers in the parade square team, they are mostly post-90s. In order to present the most perfect state of the national day, they are training on top of the hot sun, but even though they are bitter, they have not given up. This spirit of "persistence, perseverance" fits perfectly with the concept VisionStreetWear wants to express. VisionStreetWear has always been striving for life and striving for the brand concept. It conveys the attitude of contemporary young people with a sense of national pride. 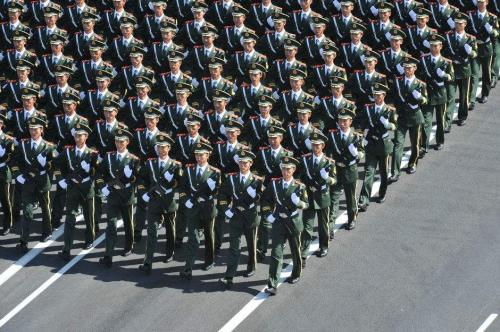 This 70th anniversary restricted series T-shirt, the design style and LOGO EMBLEM perfect combination, front printed directly logo logo, behind the classic LOGO hue to fit the 70th anniversary celebration gold and red is the main, the border with auxiliary design, the overall design is biased towards the modern fashion style, to maximize the New Oriental aesthetic tonality, is the fusion of contemporary Chinese youth pioneer spirit and patriotic feelings. 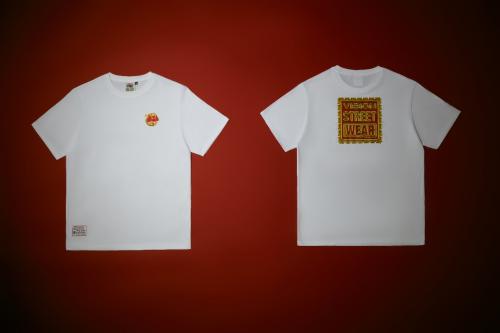 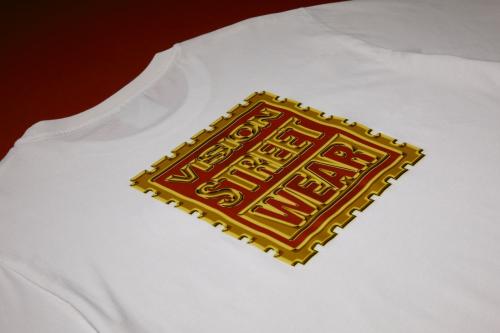 In celebration of the 70th anniversary celebration of the founding ceremony, officers and soldiers of the parade team wore "celebrate the establishment of the 70th anniversary parade special emblem". The "7" glyph and the "0" glyph of golden cloud constitute the word "70", which means that the people's Republic of China is set up in 70th anniversary. The meaning of the people's army is always like iron and steel, protecting the people's Republic of China and the national transportation; the dragon like the head of the dragon, symbolizing the soaring of the Chinese nation and the revival of the nation; the opening "0" auspicious clouds imply that the Chinese civilization is open and inclusive, with all the rivers and streams, and the mutual learning of civilization; and the words "1949-2019" inscribed on the Huai table and the inscription on the upper hand, meaning the celebration of the October 1, 1949 and the 70 years after that, all have solemn testimony of the "harmony". The elements in the badge include flags, hems, watches, clouds and auspicious clouds. 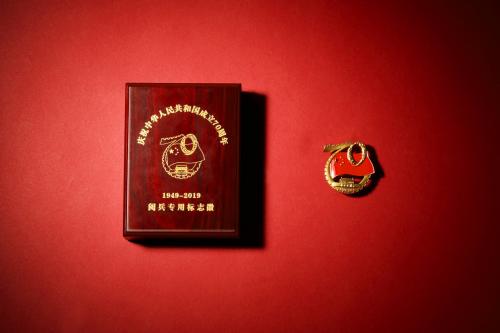 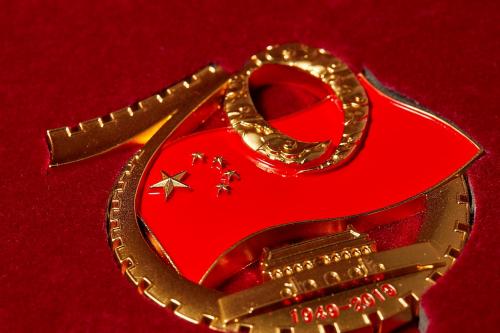 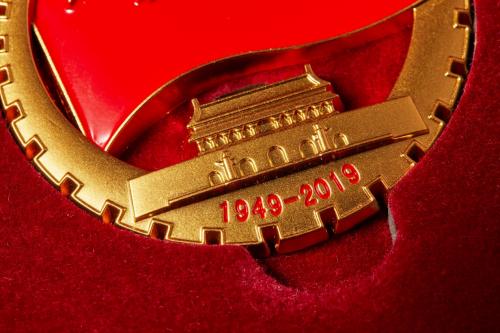 VisionStreetWear originated in 1976 as a street skateboard brand, which is deeply rooted in subcultures such as skateboards and music. Now it has more than forty years of brand history. It is recognized as the earliest street fashion style and has always adhered to the development and attitude belief of subculture. Now it has become one of the most respected street brands in skateboarding. Vision redefines skateboards and street style by boldly using exaggerated visual patterns on skateboards, T-shirts and shoes. Today, many classic visual graphics are still used by the VISION brand, and have become the most popular and admirable symbols in skateboarding and street culture.

In the future, VisionStreetWear will continue to be deeply rooted in the Chinese market, bringing more young people's attitude and original spirit and design, enriching the Chinese youth trend market, and even more concentrating the belief that Chinese young people should unite as one and be positive.

The content and accuracy of information released by this platform are independently borne by the original organization or organization providing the news.

Lululemon Will Turn Off Its Children'S Clothing Brand To Push Men'S Wear And Digital Income.

The Smashed Shops Are Facing A Vacant Crisis.

A New Round Of Technological Revolution And Industrial Transformation. "Fabric" "Go Out, Bring In"

In the past 70 years since the founding of new China, China's textile and garment industry has made rapid progress. At the same time, with the new round of scientific and technological revolution and industrial transformation becoming historic,