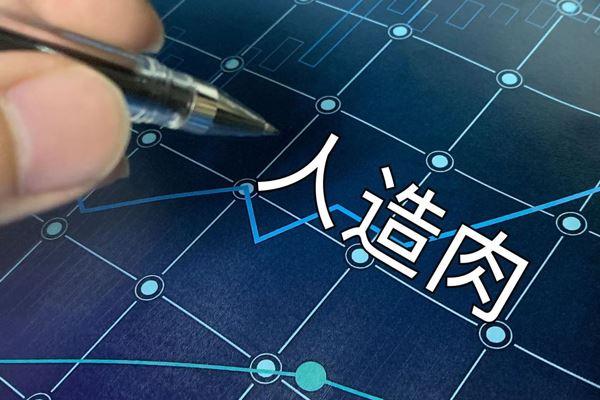 Artificial meat draught gradually rises. In October 14th, 002515.SZ announced that the company had completed the record of plant meat product standards and obtained the production license, and has already started production. In addition, the golden ham has been selling the artificial meat patties in Tmall flagship store in October 11th and will be shipped in late October. Up to 5 p.m. in October 15th, the Tmall platform showed that the product was paid by 811 people.

In the capital market, the word "ham" has been harvested 3 times since the beginning of the sale of the artificial meat cake in October 15th. However, in October 15th, the golden ham also received the letter of concern from the Shenzhen Stock Exchange.

Since May 2019, the "Beyond Meat" first appeared in the NASDAQ after the listing of strong capital market performance, triggering A shares related stocks fanaticism, "artificial meat" is considered to be "new draught".

At the beginning of June, the stock price of Twin Towers food was increased because of its supply with Beyond Meat. In July, the pea meat meat enterprise "Jane meat" announced the completion of several million yuan seed financing. In September 6th, the first domestic artificial meat moon cake "Jane meat" landed on the electronic business platform sale.

Xue Yan, Secretary General of the China Federation of botanical food industries, said that since the Beyond Meat was launched in May, there are 3~4 new companies registered in China every month, focusing on the north and southeast coastal areas. Another industry expects that by the end of this year, there will be no less than 50 companies producing artificial meat products.

However, some people in the industry pointed out that, influenced by consumption habits and price factors, the authenticity and foam level of artificial meat draught still need time to be verified. Zhong Kai, deputy director of the food and nutrition information exchange center of Kexin, said that the future will not exclude "artificial meat" as a place on the table, but there will be no big market in China in the short term. "No market can be said, and there will be some middle class or rich people's demands for healthy eating in close proximity to those in Europe and the United States."

The introduction of the Tmall ham sales page shows that the product has the texture and taste of beef, and has written the slogan "eat meat not long meat".

According to the introduction of the golden ham, the product was developed by the company and DuPont Co, a wholly owned subsidiary of China, in the technology cooperation research of Dennis (China) Investment Co., Ltd., which enriched the product structure of the company and helped develop new markets and cultivate new businesses.

Chinese food analyst Zhu Dan Peng analyzed to the twenty-first Century economic report reporter that artificial meat has a certain boost effect on the development of golden ham, which can be seen from the performance of capital market in recent days. In fact, the main products of golden ham are ham, sausages, soy sauce and other meat products, which are salted meat. From a healthy point of view, more and more consumers reject such products.

A consumer survey conducted by the economic news reporters in twenty-first Century showed that most people had a wait-and-see attitude towards artificial meat, and others expressed willingness to taste it. The head of the restaurant, who has more meat products, also said that after looking back for a while, a chef admitted that he would consider trying small dishes in developing innovative dishes, but he would not make regular dishes to consumers.

It is understood that the use of vegetable protein as "artificial meat" is a relatively common method in the world. Xue Yan, Secretary General of the Chinese Federation of botanical food industries, said that vegetable meat is one of the important directions for future food research and development. The vigorous development of plant meat will enable industrial transformation to find new foothold and provide new options for national health.

At the end of 2018, under the guidance of the food Guidance Committee of China Food Association and the office of the national food and nutrition advisory committee, the Chinese vegetable food industry alliance was established. The primary purpose is to promote industrial development and inject more scientific basis into the Chinese traditional primary food industry.

Stand on the draught?

For the potential market of artificial meat, Xingye securities has pointed out that vegetarian, healthy, environmental protection and other factors have promoted the rapid development of the "artificial meat" market. According to the Research Report of Marketsand Markets, the global market for meat substitutes in 2018 is about 31 billion yuan, which is expected to grow at a compound annual rate of 68% per year and reach 44 billion yuan by 2023.

The global artificial meat market increased by 18% and 22% respectively in 2017 and 2018, according to market research firm Ou Rui. From 2016 to 2017, data from the top ten countries showed that Southeast Asia and Europe were the main growth areas.

The Research Report on the market prospect of China's artificial meat industry in 2019 released by the China Industrial and Commercial Research Institute shows that people pay more and more attention to health, safety and nutrition on the choice of diet, and the demand for meat consumption is gradually changing.

Artificial meat has become a new favorite of the market, and many enterprises at home and abroad have launched related products. In April this year, ImpossibleFoods announced the promotion of its ImpossibleRT meat burger in 7000 stores across the country. Beyondmeat also launched the "surpass chicken meat" artificial meat products. In September, China Zhen meat company launched the first artificial moon cake, and 1000 cakes were sold out quickly in 3 minutes.

In June 9th, Twin Towers food responded to investors, saying that "the company communicated with customers that the company's protein raw materials were supplied to Beyond Meat through distributors." Share prices soared. 8 the first half report released in mid month showed that Twin Towers's food business income was 1 billion 150 million yuan, net profit 93 million 127 thousand yuan, an increase of 38.6% over the same period last year.

In July, pea meat meat company "Jane meat" announced the completion of several million yuan seed financing. In October 10th, the Future Meat Technologies of Israel's cell breeding meat company announced the completion of the 14 million A round of financing, and the financing was led by S2G Ventures. It was also one of the early investors of the first Beyond Meat of artificial meat.

However, in Zhu Danpeng's view, it is too early to talk about the substitution of artificial meat in the short term, because technology is not very mature. For artificial meat, consumers are limited to listening and speaking, without knowing the three stages of cognition, cognition and recognition.

Zhang Tao, co-founder of doffer Food International Co, which focuses on vegetable meat market, also pointed out in the interview that artificial meat has not yet reached the level of tuyere. He believes that the domestic vegetable meat industry is still in its infancy. In May this year, Beyond Meat was listed as a watershed. Many entrepreneurs wanted to join in the wave of artificial meat, but there were fewer start-ups with investment value. Lv Zhongming, founder of Zhen meat company, also pointed out that China's current plant meat startups are at an early stage.

Regulators are also cautious about the development of artificial meat. After the 3 limit plates were harvested from the golden ham, the Shenzhen Stock Exchange requested the golden ham to explain the similarities and differences between the record and production license processes required for the production of vegetable meat products and the qualifications required for the production of other products, the types of technical cooperation between the company and the US DuPont Co, the main cooperation contents, the terms of cooperation, and the impact of plant meat products on the future main business of the company.

Another industry view is that consumer habits, prices and other factors are the key to the further development of artificial meat.

It is understood that in the United States, Beyond meat and Impossible Foods's artificial meat patties are priced at 12~16 dollars / pound, or about 84~112 yuan / Jin, which is 2 to 3 times the average beef on the Chinese mainland market. The moss planet "super hamburger" selects Impossible Meat plant flesh as the food material, sells for 88 yuan.

The price of artificial ham is not cheap. At present, the sale of the flagship store is 2 boxes and 4 pieces, the original price is 176 yuan. Now the new product taste price is 118 yuan (postage paid separately), and the consumer purchase needs to pay 27 yuan express fee. Compared to the ordinary steak products on the market, the price of artificial meat cake is even higher.

Some consumers told the economic news reporters in twenty-first Century that the price was too high and the same price preferred M5M6's original cut Australian steak. In addition, some consumers say that vegetable protein is designed to purse the taste of animal protein, but adding more fat processing and cooking (usually in vegetarian restaurants) is more nutritious than protein, and it may not be healthy while ensuring the taste.

At the same time, some people in the industry raised the issue of vegetable meat supervision. Vegetarian meat has always been classified as the regulatory range of bean products, and the safety and hygiene of food is the responsibility of the State Food and drug administration. For this reason, the plant meat special committee of the botanical food industry alliance, while calling for self-discipline, is also calling on the government to make specifications, including product standards, raw material standards and definition standards.

In the case of artificial meat, industry experts say that although the meat produced in this way can better avoid microbial contamination and use of antibiotics, and does not require the use of various drugs, the food safety regulatory authorities in the United States and other countries are cautious about this because they are quite different from the normal animal growth laws in nature.

Beware Of Zheng Cotton Speculation Can Not Be Blindly Pursued.

China'S Textile And Clothing Exports Decreased By 4.64% In September 2019.

On the occasion of double 110 Anniversary, Jingdong also had different ideas.