Instead Of Throwing The Pot, Bosideng Apologized To Consumers For The Commodity Problem And Increased The Popularity Of The Road. 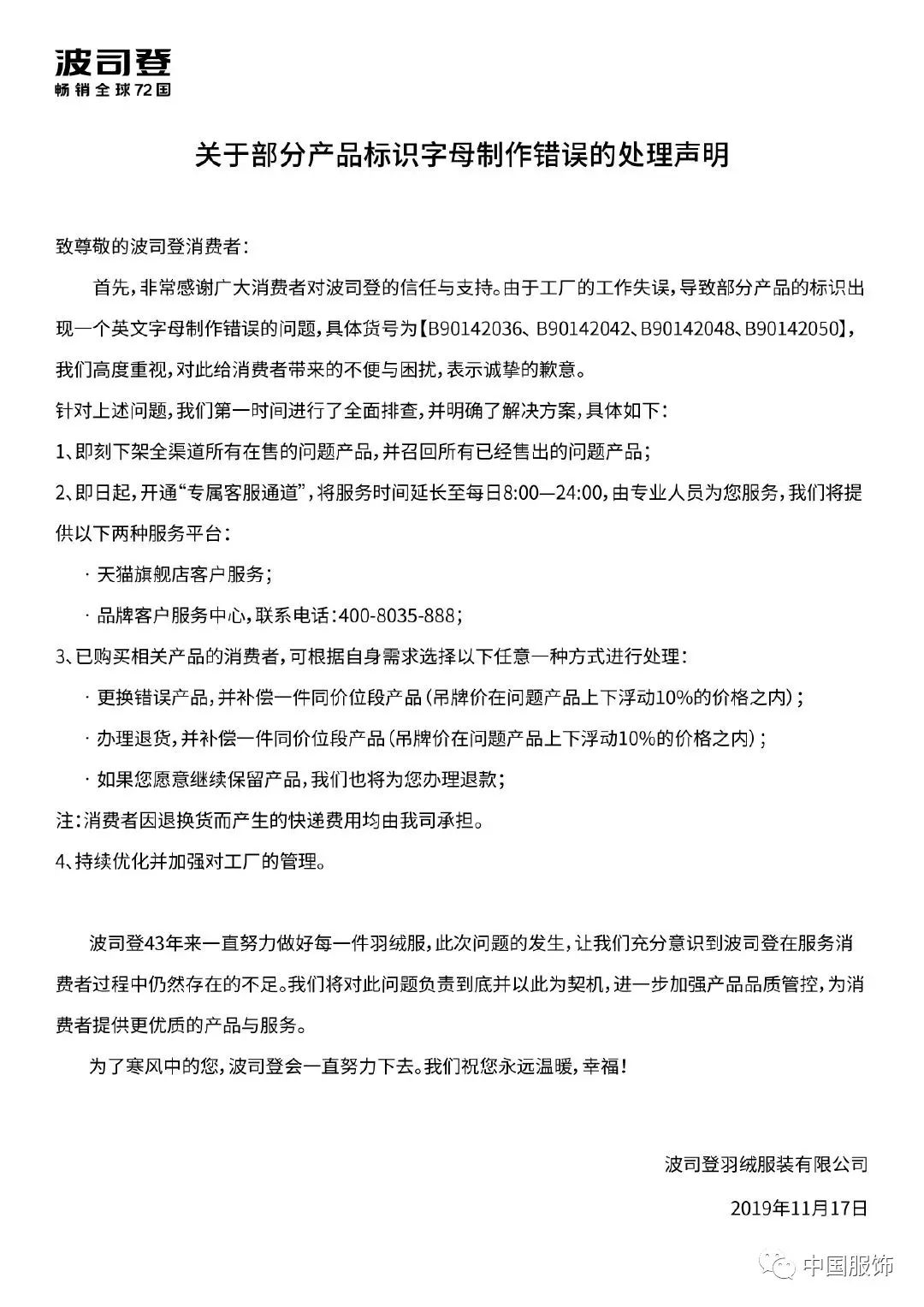 In November 17th, Bosideng issued a letter of apology to some of the problematic products on the statement of processing errors in the production of some product identities. The production of a letter appeared in the logo of some of its products, and the detailed product number was detailed. 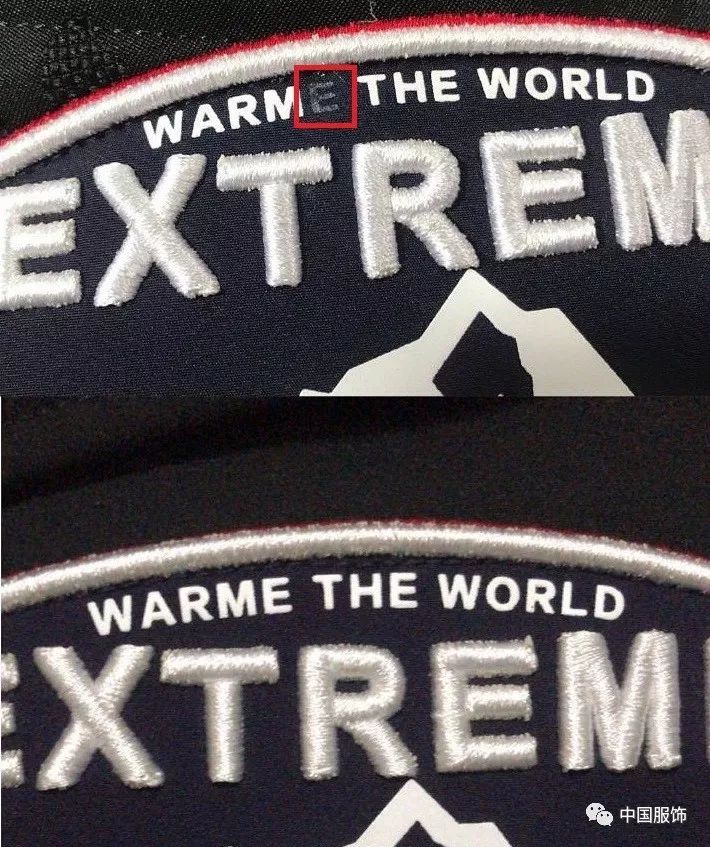 To deal with the problem goods, Bosideng proposes all the channels to solve the problem and recover the goods sold. For consumers who purchase related products, goods can be exchanged and returned, and a piece of products with the price segment (the price of the tag will fluctuate at 10% of the price fluctuated) will be compensated. If consumers are willing to retain the problem goods, they will also refund and other solutions, and promise that the company will continue to optimize and strengthen the management of the factory in the future. In addition, the apology letter Nakawa Jito answered the details of the consumer's concerns, such as application passages, service hours, freight refund fees and so on.

Apologizing for Bosideng, some consumers said that the problem goods had been properly handled by customer service. "Quality is too small for the price to be borne," and will continue to support Bosideng in the future. At the same time, many netizens passers-by exchanged messages. "Although I don't know what has happened, I feel that it is very conscientious to see the way of handling Bosideng. The edge of the road has skyrocketed. Some consumers said they initially ignored the customer service, until the voice began to grow and the company came out to solve it.

This year, Tmall's "double 11" Bosideng has achieved good results. The clothing category is ranked second in women's clothing, fifth in men's clothing, and 58% in sales in Tmall flagship stores, and sales in the whole network increased by about 49% over the same period last year. It is worth mentioning that Bosideng is also very popular in overseas markets. In the list of 2019 Tmall's "double 11" most popular export brands, Bosideng ranked first in the clothing brand.

A Lot Of Worries: The Three Quarter Net Loss Expanded, The Flow Bonus Will End.

Jiangsu Zhangjiagang Dyeing Factory Announces That It Will Be Closed From Next January 1St.

For The 200 Million Government Subsidy, Ruan Jingbo, The Youngest Woman Chairman Of A Shares, Was Interviewed By The Securities Regulatory Commission.