From the perspective of cross culture, fashion designers walk between ancient and modern, traditional and modern, cruise between art and commerce, and constantly build ontological cultural identity in design practice. The designer inherits, develops and innovating the essence of Chinese traditional culture embodies the historical and cultural connotation of fashion design. "As a designer of clothing design, first of all, he must have an in-depth understanding and understanding of the essence of Chinese traditional culture and culture, preferably with certain design experience, so that he can better serve the design teaching work". This is Guo Xiaoxiao's design concept and teaching philosophy.

As a fashion designer and a professional teacher of fashion design, Guo Xiaoxiao has always practiced his love and responsibility for Chinese traditional culture to more people. 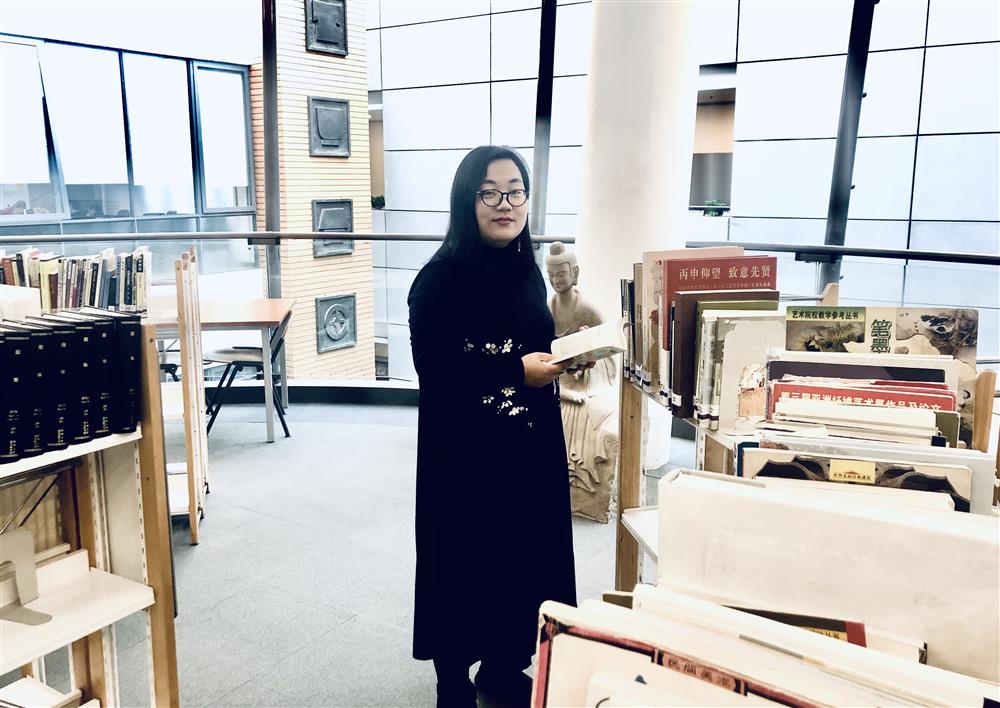 Just as its service company's brand "love" design concept: constantly deduce the Oriental fashion concept, spread the concept of modern lifestyle, to enhance the quality of life of urban women as the direction and goal of efforts. Her love for traditional culture and her unremitting efforts in art are the driving force for her continuous progress. She has been helped by famous designer Xie Haiping, Professor Hu Yue of Beijing Institute Of Fashion Technology and Professor Li Wei of Tsinghua art academy. She has incorporated more elements of Chinese culture into the works of young designers, such as ink and wash elements and traditional costume patterns. The style of her works is simple, atmosphere, vivid and full of cultural flavor. 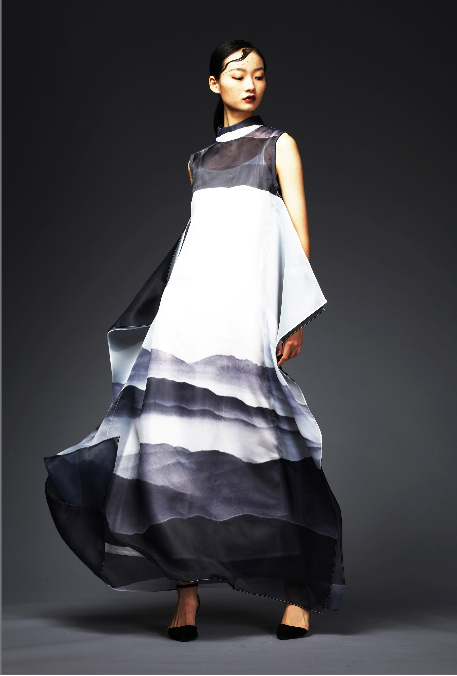 Both teaching and design will be very busy, but she enjoys it. "The two are mutually reinforcing and mutually reinforcing: interaction and communication with students in systematic teaching can give me fresh inspiration and inspiration. In design work, we can get first-hand market and industry resources, and bring students first-line information and experience in the classroom." Of course, Guo Xiaoxiao also taught his love for traditional culture and national elements selflessly to students. "Academic research is not a high standard but a forward-looking and exploratory creation experiment." Guo Xiaoxiao said, "at present, there are many research results that integrate traditional culture into design innovation. More and more designers begin to dig into the commercial value of traditional culture, and have achieved good market results." In the 2018 National Art Fund project, "traditional Chinese clothing design inheritance and innovation application design personnel training", Guo Xiao Xiao's project "ink and cloud Chuan" has been highly evaluated as a project participant. The series is based on the Chinese traditional symbolic symbols of moire, with the obscure aesthetic images in the ink and wash landscape as the source of inspiration, and the traditional design elements such as cloud patterns, window flowers, cluster flowers and river cliffs and so on.

At the same time, she also published the paper "ink and wash cloud Chuan - the practical exploration of the integration of Chinese traditional patterns and costume design" in the magazine "fashion designer". It elaborated on the course and academic thinking of the series of costume design, and put forward the fusion expression of traditional Chinese elements in clothing design, such as "emotion beauty", "meaning beauty", "environmental beauty" and the complementary expression of human and clothing. It inspired more designers to understand and excavate the essence value of Chinese traditional elements, and created contemporary fashion works adapted to modern lifestyle and cultural identity.

In the view of Guo Xiao Xiao, the essence of traditional culture is the most dazzling "Pearl" on the "crown" of Chinese culture. The designer transforms the essence of traditional culture into elements such as materials, technology, colors, patterns, patterns, and so on to create a cultural design. At the Fifth China Shenzhen International Fashion Festival, she will convey the spirit of Oriental culture and the cultural connotations of keeping pace with the times. In the series of women's clothing design, we integrate into the elements of home clothing, ink and wash landscape and south of the Five Ridges culture elements, and explore through modern fashion design language. The works are not only confined to practical or creative design, but also incorporate elements into fashion design. 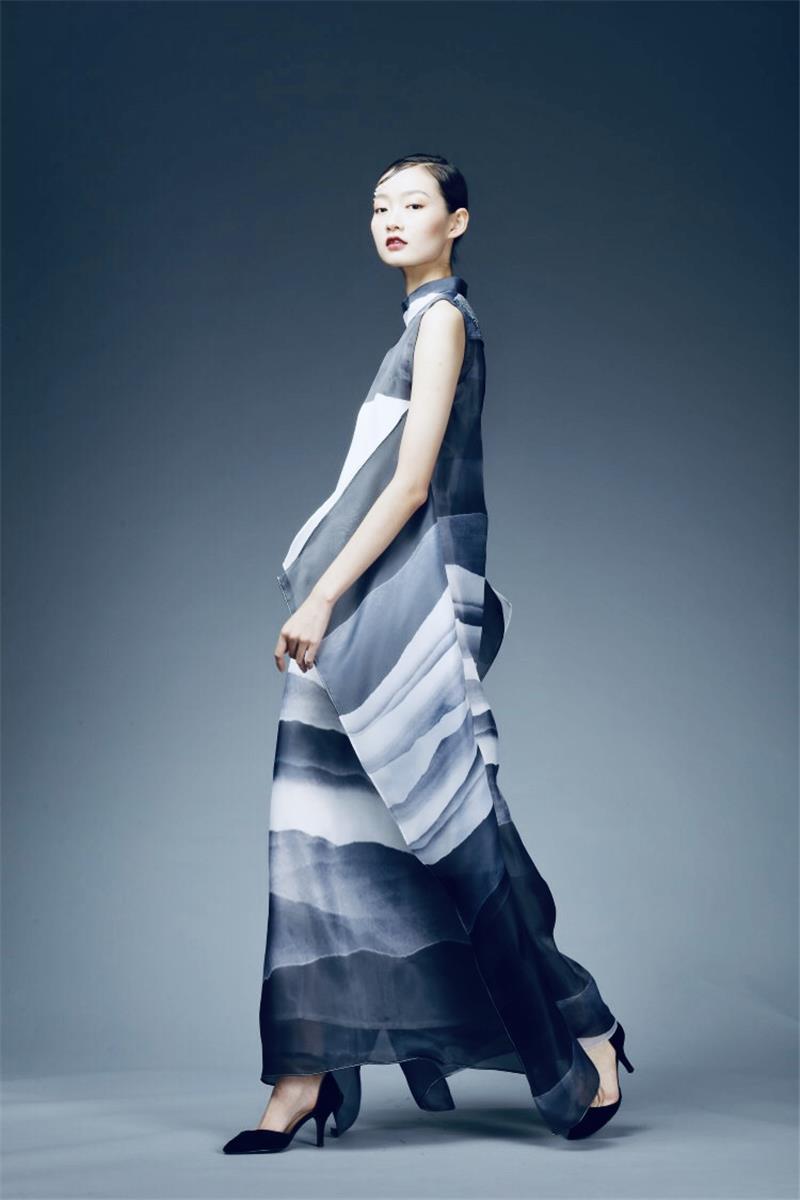 "More than half of the women's clothing brands in China's high-end shopping malls come from Shenzhen. Therefore, Shenzhen is a truly Chinese high-end women's clothing capital." The big bay Bay is linked to the world. "Shenzhen is in the" upstream "of the value chain of Tai Wan and China's fashion industry, and has a leading role in the fashion development in Tai Wan district. In the future, the future of Shenzhen's fashion energy will radiate the bay area and connect with global fashion.

"A lot of clothing brands and designers in Shenzhen have experienced exhibitions and shows in foreign countries, spreading Shenzhen fashion and Chinese fashion overseas, and bringing foreign fashion trends to China, promoting the integration of eastern and Western fashion development. In the future, more brands and designers will push the essence of Chinese culture and excellent culture to the world through the east wind of Guangdong, Hongkong and Macau, leading the Oriental fashion trend.

A Designer Brand Like This, Please Give Me A Dozen.

The KAWS Hardcover Artwork Is Set In Limited Volume, And The Content Is Quite Rich.

Interview Designer He Tingting: Matter And Spirit Are Equally Important.

Matter and spirit are equally important. This is WeChat signature of 90 fashion designer He Tingting. A young man after 90 can see the world and life from the level of material and spiritual relationship. On the one hand, it represents her position on the real world. On the other hand, it also shows her rich inner world and the reflection and pursuit of a better life. Such philosophical thinking is obviously very precious to young people born in the 1990s. Is designer He Tingting behind her grow