Just Need To Gradually Reduce, Logistics Close To The End, What Kind Of Market Opportunities At The End?

In December 31st, China Cotton Reserve Management Co., Ltd. planned to purchase 7000 tons of Xinjiang cotton and 0 tons actually. No transaction has been made for three consecutive trading days. In from December 2nd to 26th, the total turnover of Xinjiang cotton reached 37000 tons, of which 3160 tons were accumulated in the Xinjiang warehouse, and 33840 tons were accumulated in the mainland warehouse, and 52 enterprises were competing for sale.

Zheng cotton main force touches the top to fall down, the short position adds the warehouse slightly. In the short term, Zheng cotton is afraid to have the callback demand, pays attention to the Zheng cotton main force's recent performance. Spot cotton prices continued to rise slightly, market sentiment turned to optimism, but the price of base point prices was relatively high, and the market turnover atmosphere was deserted, and the market turnover atmosphere was deserted. The main reason for the rise in cotton prices was the capital strength. At present, funds poured into the field. The cotton mills had a wait-and-see attitude towards cotton prices. The weak demand for late cotton prices also had a certain drag on cotton prices, which overlapped the effects of logistics disruption such as the Spring Festival holiday. It is estimated that the demand for cotton replenishment is not increasing obviously.

The price of acrylonitrile has been sideways, and the market has been in short supply at the beginning of the month. The middle business has been cautious. There has been a slight reduction in factory quotations. The market supply is expected to increase this month. The industry is watching the air. The Chinese factories are still stocking the demand near the Spring Festival. The price of acrylic fiber keeps stable, the downstream factories have optimistic expectations for orders, and the supply of acrylic fiber market is limited in recent years. With the Spring Festival holidays, the market delivery time is relatively short. The downstream factories have been stocked according to the expected demand for the order. At present, the operation of the acrylonitrile plant continues to be low, and the manufacturers' deficit situation is continuous.

According to Akesu, Korla and other places ginning factory reflects that the impact of Zheng cotton rose sharply, traders, ginning factory basis bid, the price has been substantially raised. It is worth noting that nearly 2 trading days, zhengmian main contract positions and daily turnover have exceeded 1 million hands, the difference between the two sides is increasing. The market needs to guard against the sharp fluctuations of futures and trigger the risk of explosion and strong risk. Although the price of cotton futures has risen sharply, the situation of ginning mills in the territory seems not optimistic. On the one hand, the book loss in the late December has increased sharply, and the margin has to be continuously increased to avoid the explosion of the warehouse and aggravate the pressure of cash flow. On the other hand, futures are rising, but cotton spot prices are not available. The cotton textile enterprises in the mainland should be cautious before the holiday, and buy with them. Several southern Jiangsu ginning factories indicated that spot sales were basically stagnant, and the highest price of cotton reserves was low and traders' spot prices were postponed. Therefore, only the futures hedging operation was feasible.

Recently, the most influential group of new China in 70 years was released and the first New Era Group Summit Forum was held in Beijing. Since the launch of this activity in July this year, the society has responded enthusiastically. After the recommendation of the trade unions at all levels and the recommendation of enterprises, nearly a thousand teams have been actively applying for education, such as education, textile, architecture, post, electric power, mining, water conservancy, environment and public facilities management, agriculture, forestry, animal husbandry, fishery, transportation and other industries. After the initial evaluation, reappraisal and final evaluation, 70 selected teams were finally determined. Among them, the Zhao Mengtao group of Xianyang textile group of textile industry and the group of Hao Jianxiu of Qingdao spinning group were awarded the ten classic teams of new China in 70 years; the Deng Jianjun research group of the black peony group was awarded the "most influential team in the new era".

On the 29 day, "the third China Textile intangible cultural heritage conference was successfully held" won the award of 2019 "China's ten largest event of non heritage" award. The Chinese textile heritage Promotion Ambassador, the AI guard, won 2019 nominations for the Chinese non Heritage Year. In 2020, the China Textile Federation's non Heritage Office will be based on strengthening the protection and inheritance work of textile intangible cultural heritage, excavating the connotation of Chinese excellent traditional culture, combining with the requirements of the times, doing product innovation, channel building, going out and international exchange work, so as to make Chinese excellent traditional culture and textile civilization make a beautiful presentation.

Recently, Xinxiang chemical fiber Limited by Share Ltd has carried out the CanopyStyle audit. Due to the company leaders' attention, careful preparation, careful study and implementation of CanopyStyle audit standards, Xinxiang chemical fiber became the first domestic audit to get "light green shirt" enterprises. Canopy is an environmental public welfare organization founded by world environmentalists. Its headquarters is in Vancouver, Canada. It aims to help build sustainable supply chains and foster innovative solutions to environmental challenges by working with business leaders, scientists and policy makers to protect the world's forests, species and climate. In recent years, the global garment enterprise alliance MMCF and so on require cellulose fiber suppliers to complete CanopyStyle audit, and get "green shirts" to become qualified suppliers. 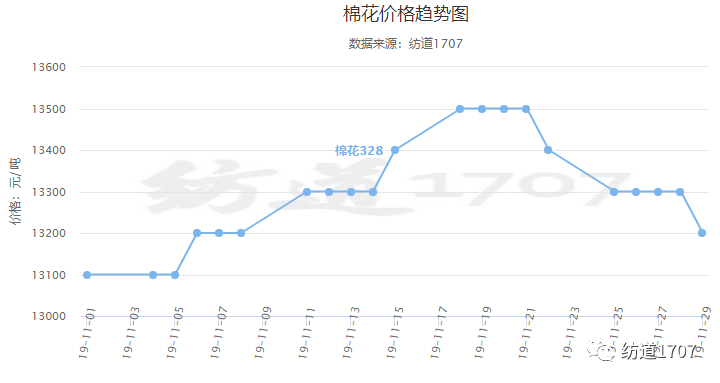 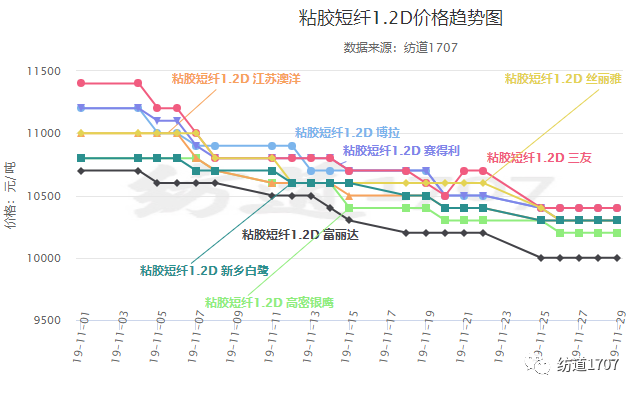 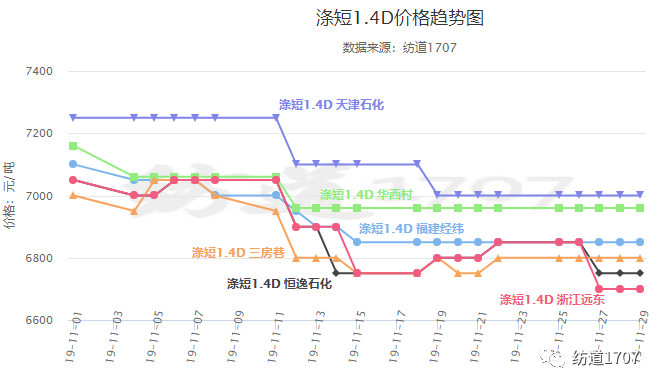 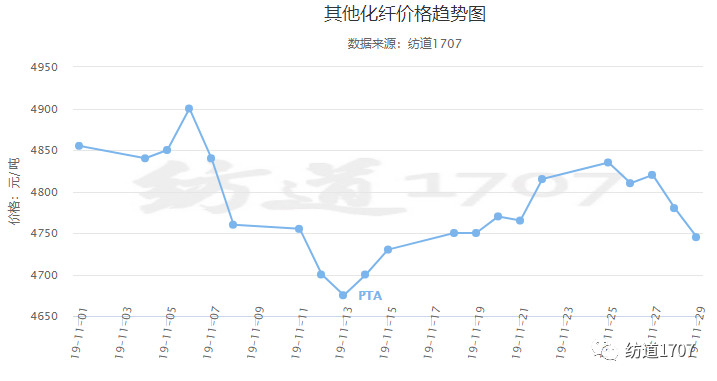 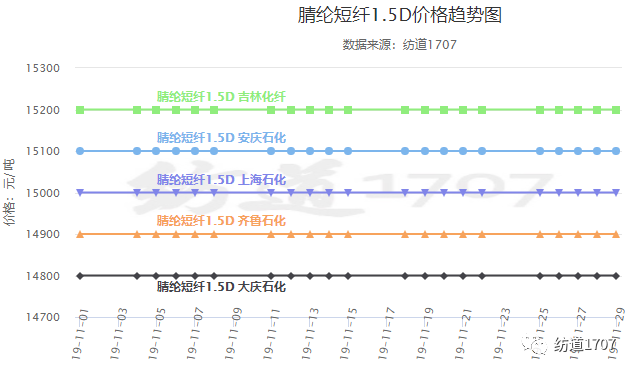 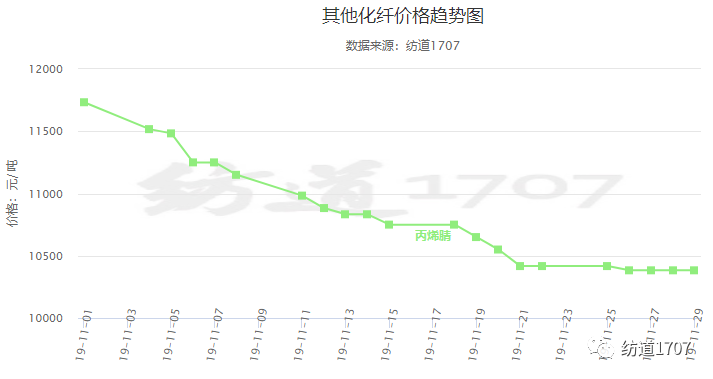 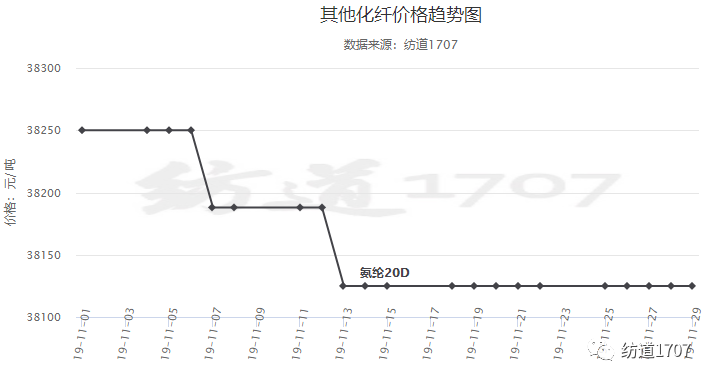 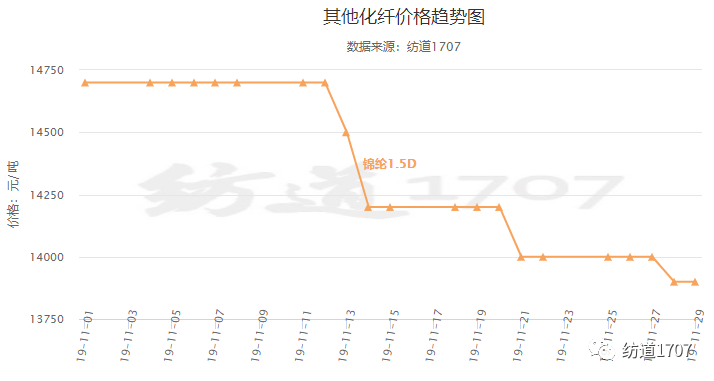 The Price Of Raw Materials Will Rise, The Grey Cloth Will Stay Down, And The Delivery Time Of Dyeing Factory Will Be Extended. But Behind The Boom Is Still Crisis.

Ji Lu Yu: The Textile Market Is Light And Has Become The Norm On The Occasion Of The Past And The New Year (12.25)

T400 From Great Heat To Cool! How Do Fabric Enterprises Unlock New Ways?

In November 2019, China'S Textile And Clothing Exports Decreased By 4.28% Over The Same Period Last Year.

How Will The 15 Day Tariff Implementation Affect Cotton Prices? Will The Short Sticky Market Start In Advance?