Low Performance, Product Adulteration, How Can La Natsu Bell Save Himself? 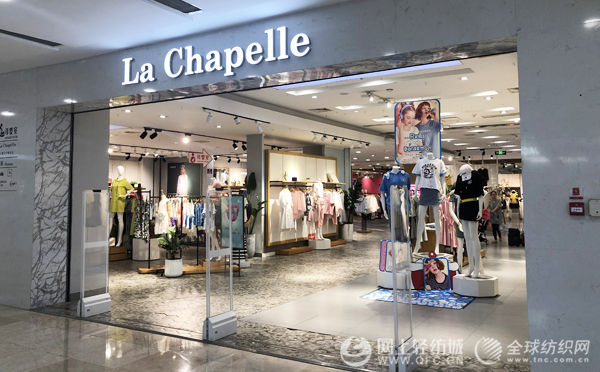 In January 3rd, the only clothing company in Shanghai, La Natsu Bell and Limited by Share Ltd, which also listed on both A shares and H-shares, once again announced the progress of its share repurchase.

According to public information, La Natsu Bell was founded in 1998 and was listed on the main board of Hongkong stock exchange in October 9, 2014 with the aura of "China Version ZARA". In September 2017, after several rounds of A shares, La Natsu Bell finally landed on the Shanghai Stock Exchange.

La Natsu Bell, founded in 1998, was listed on the main board of the stock exchange of Hongkong in 2014 and listed on the Shanghai stock exchange in 2017 to become the only "A+H" listed clothing company. At the peak of 2017, the total market capitalization of La Natsu Bell A shares exceeded 16 billion yuan. The market value has shrunk by 80% compared to the high level.

Since 2015, La Natsu Bell has fallen into a "mire" of declining performance. The net profit attributable to shareholders of listed companies has dropped from 6.15 billion in 2015 to 499 million in 2017.

And in 2018, from surplus to deficit, the deficit increased further in 2019, and only 498 million in the first half of the year. In this case, La Natsu Bell began to take the initiative to implement the strategy of shrinking strategy, only in the first half of 2019, there were nearly 2500 outlets.

In the face of the grim situation, La Natsu Bell had to carry out business transformation and adjustment, in addition to the original direct mode based on the implementation of joint ventures, franchise and other ways, also closed a large number of stores nationwide to save costs. The current crisis is caused by La Natsu Bell's blind expansion of the brand in the past few years.

Following the successive landing of the Hong Kong Stock Exchange and the Shanghai Stock Exchange in 2014 and 2017, "raising funds and opening stores" became the main colors of La Natsu Bell in recent years. The bonus period brought by high speed expansion is very short. La Natsu Bell, who opened shop and closed shop, soon encountered problems. In 2018, the company suffered losses for the first time, with a loss of 160 million yuan.

In the first half of 2019, the number of closed stores was nearly 2500, and La Natsu Bell, who was in deep mire of losses, had been "short of money" to rent the headquarters building to relieve financial pressure.

According to CCTV, the headquarters office building of La Natsu Bell group in Minhang District, Shanghai, has just been in operation for over a year. The founder, Xing Jiaxing, said in an interview that La Natsu Bell will also choose to sell real estate to tide over difficulties in the face of performance losses and debt crisis.

In recent times, La Natsu Bell Hussein's product quality problem has been punished by administration. According to statistics, in November 12th, La Natsu Bell was confiscated by the Fengxian District Market Supervision Bureau for 635.6 yuan and 6000 yuan due to adulteration, adulteration and adulteration.

According to statistics, clothing sales in 2018 were 54 billion 60 million, compared with 71 billion 910 million in 2017, a total reduction of 17 billion 850 million, and people increasingly do not like to buy clothes. In the first half of 2019, the per capita clothing expenditure dropped by 2% to 1156 yuan compared with the same period last year.

As the garment industry is not booming, in order to restore the decline, La Natsu Bell is losing weight and closing down inefficient and loss stores. In the face of the current decline, it is the core issue of La Natsu Bell at the moment how to make his innovation more responsive to the needs of consumers and identify his own target and target consumers in the increasingly stratified consumption.

Did IPO Become The First Enterprise In 2020?

Are Young People'S Clothes Not Ready To Sell? Taiping Bird'S Net Profit Fell By Only 5.5 Billion In 2019.

The Doublet 2020 spring summer series is featured in a tease, which is about the brand information of the catalog, sharing the selling time synchronously.