Foreign Trade Depends More Than 80% Of Keqiao, Shaoxing: Is The Order Okay?

Just after the resumption of the resumption of production, the outbreak of foreign epidemic suddenly broke out, and the dependence on foreign trade is more than 80%. Keqiao District, Shaoxing City, Zhejiang Province, which is building the "international textile capital", how to resolve the crisis in the pressure of the epidemic? 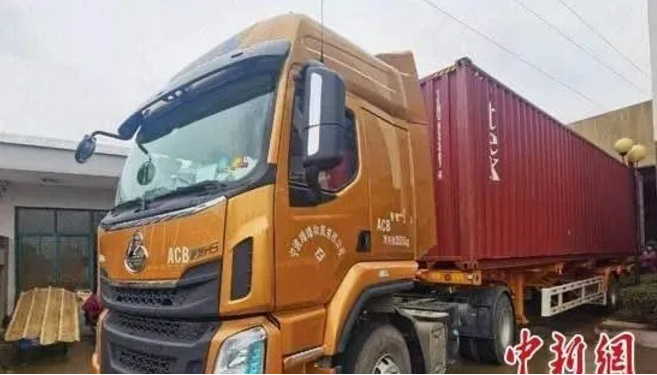 Export is one of the "three carriages" of China's economic growth. Keqiao has Asia's largest cloth distribution center, textile exports accounted for 91%, and Keqiao's export growth in 2019. 15.6% Higher than China Ten point six A percentage point. However, the outbreak of the new crown pneumonia outbreak this year has put pressure on the "textile strong area" of foreign trade.

Will it bring about industrial transfer?

Foreign media reported that the epidemic had an impact on China's whole industrial chain. After the outbreak, there are voices beginning to worry that enterprises will accelerate the relocation of factories overseas.

"The impact of the epidemic is mainly temporary setbacks or delays in production, and China's manufacturing capacity has not been damaged. We can not simply draw conclusions about the transfer of individual orders in short time. Luan group, director of the Institute of policy and law, Sai Di Research Institute, Ministry of industry and commerce.

It is undeniable that in recent years, some international brands and local manufacturing enterprises have chosen to build factories in Southeast Asia. This is a diversified layout of enterprises from their own considerations, and can not be simply interpreted as a transfer.

Let's take a look at Yue Tong news: Hensul, a spokesman for Kampuchea's Ministry of labor and vocational training, said in an interview with the Phnom Penh Post that more than 50 textile factories in Kampuchea have applied for temporary suspension of operations, and nearly 30 thousand employees have been affected by Heng Sour.

Pav Sina, chairman of the Kampuchea workers' movement Union Union (CUMW), said that due to the lack of raw materials and buyers, the number of factories applying for suspension of operation may be higher than the above figures. The temporary shutdown of the factory resulted in financial difficulties for workers, but it ensured their health and safety during the epidemic.

At the same time, some experts believe that the manufacturing industry is a system and many links are crisscrossed. The complexity of this system determines that it will take a long time to establish a supply chain in a country and region, and once established, it will be sticky. The foundation of China's long-term accumulation will not be affected by short-term fluctuations.

There are 1 pieces of swimsuit sold in the world every 4 swimmwear from Xingcheng, Liaoning, and Henan has produced more than half of the world's steel tape, "leather town" Haining, "international socks" Datang... In China's economic map, there are many seemingly unremarkable small manufacturing cities, which act as a node in the supply chain system to support China's manufacturing.

China is an important part of the global production system, and is also the center of many global supply chains. It may not be difficult to turn a factory around, but turning the ecosystem away is no easy task.

A large number of large manufacturing enterprises responsible for each person said that there is still a big gap between Southeast Asia and China in terms of supply chain matching and production synergy and efficiency. Although the epidemic will have an impact, other countries and regions will not have the ability to undertake manufacturing ecology.

In addition, China is also the largest consumer of many commodities, and the demand of the market will generate more vitality.

What are the implications of the epidemic?

An epidemic is like a big exam. Under pressure and challenges, China's manufacturing is also reflecting.

The safety of supply chain is very important. With the deepening of the international division of labor and the expansion of the global supply chain system, whether the supply chain can be in an advantageous position is an important index to measure the competitiveness of a country.

Since the outbreak of the epidemic, many domestic clothing, electronics and automobile enterprises have been able to switch their masks quickly, relying on a stable and flexible supply chain. In the future, it is better to deal with risks and challenges, seize opportunities, and also need strong supply chains.

The National Medical Washing Enterprises Have Washed More Than 4000 Tons Of Textiles Daily.

Confidence! Sales Of Textile And Clothing Are Getting Warmer.

In March 30th, the "Zhejiang daily" published in the deep reading edition, "who stands in the wind and rain?"