Before peak's "state pole" comes out, it seems that we can hardly find a lot of things with memory from peak. However, since the interview of "state pole" in 2018, this sports brand has quickly become the "light of China" and achieved word-of-mouth attack.

According to the public information, peak was established in Fujian Province, China in 1989. Its initial brand name was "Fengdeng" brand, and its brand logo was a triangle. It was an enterprise group integrating shoe making, shoe materials, clothing and other sports equipment and equipment. It was mainly engaged in the design, development, manufacturing, distribution and promotion of peak brand sports products (including sports shoes and clothing) And accessories).

As a brand founded in 1989, peak has a brand awareness rarely seen at that time. Since 1993, peak began to register its own trademark all over the world, setting up a long-term strategic goal of "creating a national brand and building a century old enterprise".

A few years ago, even more than a decade ago, Anta, peak, hongxingerke, Li Ning and other domestic sports brands also had brilliant periods, but they gradually subsided in the torrent of time.

In 2009, peak officially landed in Hong Kong stock market, but after its listing, peak's performance has not been very ideal, its stock liquidity has been at a low level, peak's marketing ability is weak, in the domestic sports brand, the sense of existence is not strong.

However, despite its lack of fame, peak has always taken "brand internationalization" as its development strategy and chose to list in Hong Kong in order to use this platform to seek a better development foundation. 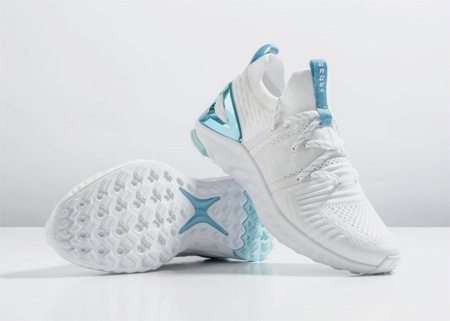 In May 2016, peak group suddenly announced its delisting from the Hong Kong Stock Exchange and will carry out privatization. The purpose of privatization is to better develop to the sports industry chain. At that time, the company's management thought that the Hong Kong stock price of peak was not consistent with the group's investment value, and the listing could not help the company, but would curb the company's development. Therefore, peak took more than five months to complete the privatization.

At that time, peak group said that in the future, the company would implement a multi brand strategy, improve the international layout of the sports equipment industry, and widely participate in the operation of events, so as to create a large sports ecosystem with international standards.

After two years of R & D and continuous trial, on December 22, 2018, peak's first product using "state pole" insole technology - "state pole 1.0" running shoes were limited to sale in stores in Guangzhou, Ningbo and Shenyang, with a price of 499 yuan. 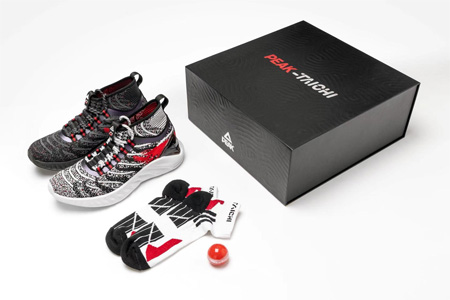 When Xu expressed his hope that the technology of Adidas would become a key technology in the field of sports.

And the "state pole" series of running shoes do not live up to the expectations of the public, so that many young people re understand the peak brand. In addition, in the tmall double 11 in 2019, Taiji 1.0plus "Wujing" has surpassed a number of domestic brands with a sales volume of 23.45 million.

On the other hand, on the well-known network platform abroad, state pole running shoes have also got a good evaluation. Without excessive marketing, there is no star with goods promotion, peak has gained word-of-mouth and fame at home and abroad with its technology.

Many people say that peak is turning against the wind by "state pole". However, if no one adheres to the technological road and is not determined to make changes, we will never see the birth of "state pole". Domestic sports brands need to have their own technology, and hope peak has always maintained the determination and attitude of daring to change and move forward to a century old brand!

Robokix -- A Brand Of Children'S Shoes And Clothing In Attack!

From "To Be No.1" To "New Products Of Science And Technology", Hongxing Erke Went On Strike For Twenty Years.

The Crocs That Brought The Joint Bombing, And What Kind Of Spark Had It Collided With Yang Mi This Time.

Anta: The Acquisition Of Yamamin Became A Hot Potato?

Shengfang Shares, Whose Price Of Non-Woven Fabric Rose From 10000 Yuan To 120000 Yuan, Was Fined 1.2 Million Yuan By Regulatory Authorities!

Since the middle of April, the sales price of ordinary non-woven fabrics has increased far more than the increase of raw material cost and actual production cost