Interview With Peng Yang, President Of Danahe China: How Does "King Of M & A Integration" Invest In China?

Danaher group, the global "diagnosis" giant, recently announced a new investment plan in Suzhou: to build a new R & D and manufacturing base in Suzhou Industrial Park with more than 100 million US dollars, as well as a new customer-oriented Experience Center for Danaher diagnosis platform.

The R & D and manufacturing base is expected to be put into production in 2023, and danahe will hold the foundation laying ceremony for the construction of 37000 square meters phase I plant by the end of 2020. The future base will be shared by Danaher's four operating companies, namely Beckman Coulter diagnostics, redumitt, harmacon and sepai. 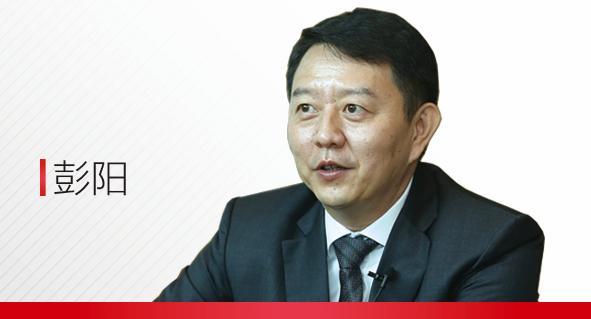 The double-digit growth of revenue is not the most attractive thing for this multinational company. One of the most frequently mentioned "labels" of Danaher is "the king of merger and integration": its predecessor is a real estate investment trust in Massachusetts, not an industrial company. Danaher has been doing mergers and acquisitions at a rate of 10 to 15 a year since the 1980s, basically buying one company a month. After more than 400 large and small mergers and acquisitions, Danaher has successfully transformed itself from an investment company into a manufacturing management giant with an annual revenue of nearly 18 billion US dollars and a market value of 141.2 billion US dollars.

Recent big acquisitions include the $13.8 billion cash acquisition of Pall Corporation, a manufacturer of water and air filtration systems, in May 2015; and in February 2019, Danaher acquired Ge biopharma business of Ge life sciences with $21 billion in cash and part of its pension debt.

After the merger and acquisition, Danaher adopted its management system DBS (Danaher business system) for integration. It is often said that "Danaher's lean management capability is second only to Toyota in Japan in the world".

In an exclusive interview with 21st century economic report, Jason Peng, the current president of Danaher group in China and President of Danaher's China diagnostic platform, said, "China's market has contributed one third of the group's global growth, and China will become our largest market in the world."

In March 2019, Danaher did something in the Chinese market that had not been done in other countries: Danaher appointed a platform president in China for each platform. This structural adjustment also changed the management of the Chinese market. How to manage China business? Why is the king of M & a "silent" in China's market? What targets will Danaher consider in China? Peng Yang answered these questions for the first time in an exclusive interview.

21st century: why increase capital and expand at this time? What are the advantages of Suzhou Industrial Park?

Peng Yang: this decision has been gradually formed over the past year. The situation in China is in line with our long-term strategic objectives, and increasing investment is in line with the needs of business development.

Talent reserve is one of the most important factors for us to consider. Suzhou has accumulated a huge talent pool over the years. Second, supply chain. In order to do R & D and production, we do not want to import all kinds of resources from abroad. In Suzhou, we will focus on the localization of supply chain.

21st century: how high is the localization rate of Danaher's suppliers at present?

Peng Yang: at present, our localization rate in China has reached 60% to 70%. In the future, we plan to transfer many new products to this new R & D and manufacturing base. According to the special needs of China, we can develop products to meet the local needs of China, and both the supply chain and suppliers will give priority to local products.

21st century: Danaher has four sectors. Why did he choose to invest in diagnosis?

Peng Yang: first, in the past few years, China's IVD industry has developed rapidly, and the market scale will reach 70 billion yuan in 2019. At the same time, there are still many segments in the IVD market, which have a lot of potential to tap, including molecular diagnosis, biochemical immunity and various infectious diseases. Second, we have acquired a lot of Companies in the past and established many product portfolio advantages.

21st century: as president, what is the most difficult thing to manage multiple sectors?

Peng Yang: talent. Although products, business models, financial resources, and cash flow are also important, talent is the most important. Our business operations in various sectors are relatively independent and have their own brands. However, the Chinese market has many unique features. Many core customers may be the common customers of several companies at the same time. We will choose to promote Danaher brand at the right time.

21st century: Danaher adjusted the management structure last year. Is it for decentralization that each platform has its own president? Why do you make such a decision?

Peng Yang: we have established a platform management mechanism. In general, a large part of the decision-making power of R & D and production of multinational companies is in the headquarters, while local companies have developed very fast in recent years, including management, R & D and investment, and dare to take risks. We believe that if we only rely on foreign headquarters to make judgments and decisions, one is that it is too far away from the market; the other is that many levels of discussion and meetings waste time, delaying the speed of decision-making, and it is difficult to catch up with local enterprises.

We hope to be a local enterprise in China. The president of each platform can independently consider what China should do in terms of production, R & D, government affairs, innovation and investment. The first is to put the decision-making power in China as much as possible; the second is to reduce the obstacles to business growth in China, so that enterprises can walk more independently and faster in China; the third is to form their own strategy at home rather than copy the headquarters strategy.

The king of M & A Integration

21st century: what are the characteristics of the target company in China?

Peng Yang: our M & A has a very standard process. There are three main considerations: first, see whether the market it is in is growing rapidly; second, whether its technology and products have a collaborative force; third, look at its brands in the market segments, such as whether it ranks among the top three. I hope its customers are very sticky and not easy to be replaced.

Usually, the company we buy is not very large, mainly complementary with other businesses on the whole platform. We will make different considerations on the market share and other aspects of the target enterprise, pick out the hidden "Pearl" in the industry, and then use DBS lean management to release its potential and create value for it. At the same time, we hope that the core team will not leave the company because of merger and acquisition, and stay to use our management experience to grow up at a very fast speed.

21st century: what is the impact of Danaher's acquisition of GE's biomedical cytiva on China's business?

Peng Yang: at present, we have not made any adjustments. Cytiva is a very successful biopharmaceutical service business, which works closely with the major global producers of new crown vaccines. We do not want to upset their good rhythm because of this acquisition.

21st century: if someone thinks Danaher is an investment or acquisition company, will it offend you?

Peng Yang: it should not, but such a statement is not accurate. In the past 30 years, Danaher's leadership and values are very consistent: as always, DBS lean management has been implemented. We often say internally that a company may have less than 5% time to create value, and the remaining 95% of what it does may be the things that customers are not willing to pay for. Danaher hopes that the effective time can reach 15% and make it different from other competitors or the whole industry. This is the core reason and guiding ideology of Danaher's expanding profit margin.

Georg Baselitz: A River That Bears The Name Of Its Hometown.

Exclusive Interview With Tim Scharwath, Chief Executive Of DHL Global Freight: Logistics Industry Has Been Accustomed To The Slow Rebound Of Global Freight Demand After The "Bumpy" Epidemic.

Li Dongsheng, Chairman Of The National People'S Congress And Chairman Of The TCL: There Is No "Pause Button" In Globalization, And The Industrial Chain And Supply Chain Should Be Established Globally.

The recovery of cross provincial tourism has injected a "tonic" into the recovery of the hotel industry, but under the repeated epidemic situation, the road of hotel recovery is not smooth.