In today's situation, the development situation of various brands is still unclear, and the rise of brands is obviously more difficult than in the past. However, with the rise of "her economy", people's concept of the development prospect of women's underwear brand has also changed. As women's personal clothing underwear, comfort is very important, underwear product design also gradually towards comfort.

As for the underwear brand, Weimi is famous, but in recent years, it has gradually declined. In this year, the news about Weimi's store closing and layoffs, as well as the situation of the sharp drop in performance, also make people worried.

In addition to Vimy, the city beauty is obviously "not easy" this year. The chairman of the board of directors, Mr. Zheng Yaonan, had taken a wrong route with the city for a period of time

Since then, the product positioning of urban beauty underwear brand has returned from sexy fast fashion to practical brand emphasizing practicability, functionality and cost performance. As can be seen from the above, comfort is now dominant. 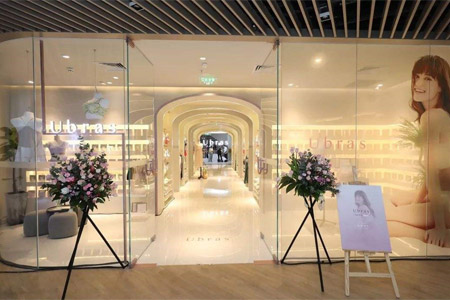 Recently, it is reported that the domestic underwear brand ubras has completed several hundred million yuan B + round financing, led by Sequoia Capital Fund and followed by the old shareholders. It is reported that this round of financing will mainly be used for product research and development, supply chain end upgrading, and consumer shopping experience optimization.

According to public information, ubras is a domestic brand, founded in 2016, focusing on meeting women's basic demand for comfortable underwear, focusing on comfort, and providing high-quality intimate clothing products for female consumers. 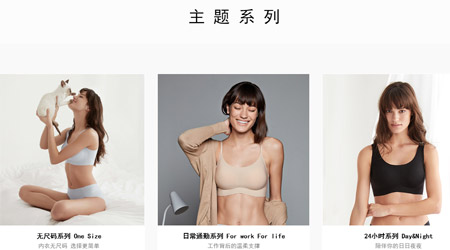 It is worth noting that the feature of the ubers brand is "no size", which not only solves the problem of women's choosing underwear, for example, many women don't know their model, and the design of ubras underwear is very suitable, but also improves the production efficiency of the ubras supply chain and reduces the inventory pressure.

According to the underwear industry trend research released by cbndata, the rimless bra market has achieved explosive growth in 2017, and the market scale has greatly increased; in addition, in the first half of 2020, the underworld underwear accounted for 70% of the overall underwear sales, and maintained a double-digit growth.

At present, the rimless underwear is becoming more and more important, and the comfort of underwear has become an important choice for people, and the ubras brand, which focuses on comfort, will usher in a breakthrough development in the future.

It is understood that before this round of financing, ubras also conducted a financing in August 2018, with a financing amount of 50 million yuan, and the investor is today's capital.

Tianshan Bio May Be Involved In "New Type" Stock Price Manipulation: 70% Of The Per Capita Share Holding Falls Sharply, And Manipulation Behavior Remains To Be Confirmed