Market Status Of Global Footwear Industry In 2019 And Development Prospect Forecast In 2020 (Fig.)

Recently, the annual report of the world footwear industry was published under the leadership of the Portuguese footwear association and coordinated by many organizations. According to statistics, a total of 24.3 billion pairs of shoes were made in the world in 2019, a record high. Since 2010, global footwear production has increased by 21.2%, with an average annual growth rate of 2.2%. In 2019, the growth of footwear industry slowed down, only 0.6% higher than the previous year.

The shoe-making industry is highly concentrated in Asia, and its shoe production accounts for about 90% of the global total. Among them, China's footwear output is 13.475 billion pairs, accounting for 55.5% of the total, which is far higher than other countries. India ranked second, with 2.6 billion pairs of shoes, accounting for 10.7%. Vietnam and Indonesia produced more than 1 billion pairs of shoes, accounting for 5.8% and 5.1% respectively, ranking third and fourth. Brazil, Turkey, Pakistan, Bangladesh, Mexico and Italy entered the top 10, ranking 5-10 in terms of footwear output. 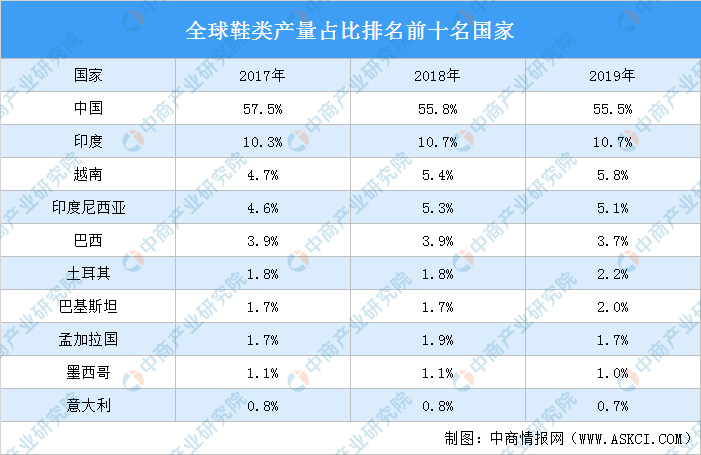 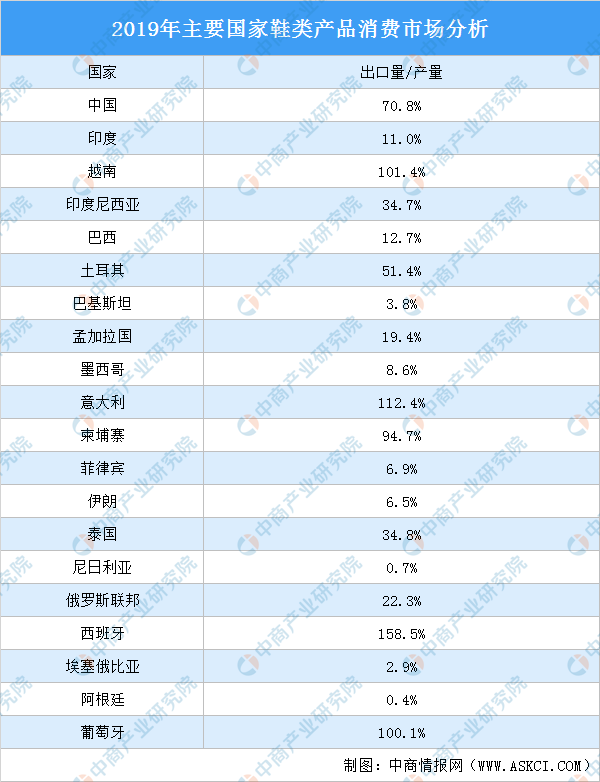 In 2020, the new crown pneumonia epidemic has seriously affected the global economy and the shoe industry, with negative information highlighted. According to the majority of respondents, the footwear industry will be affected by the global shoe industry in 2020 by the number of major shoe industry news released by the group China will plummet by more than 35%.

The world footwear expert group predicts that the global footwear consumption will decrease by 22.5% on average in 2020, including 27% in Europe, 21% in North America and 20% in Asia. In other words, according to the data in the 2019 world footwear Yearbook report, shoe consumption in North America will decrease by 696 million pairs in 2020, 908 million pairs in Europe and 2.4 billion pairs in Asia in 2020. Therefore, the market environment of shoe-making industry is extremely severe, and practitioners are faced with great pressure and challenge to cope with the sudden drop of global market demand for shoes brought by the new crown pneumonia epidemic.

The US Trade Deficit Soared In July, The Highest Level In 12 Years

Cotton Imports Continued To Rise, With The United States Accounting For Two-Thirds

Since the new retail, Alibaba's "five new" strategy to the next city. Digital capabilities will be imported into industrial manufacturing, water related reform of the real economy, deep-water areas, and