For most people, running is a hard sport to keep going. After running a few times, they feel too tired and give up. In fact, running is a process of constantly improving yourself from slow to fast. It is a pity to give up early before experiencing the pleasure because it is too difficult to start. In order to make it easier for more runners to get started, hongxingerke launched a new upgraded Qitan 2.0 running shoe. It is reported that Qitan 2.0 limited edition gift box has been fully opened for pre-sale at present, and interested runners can buy it quickly. 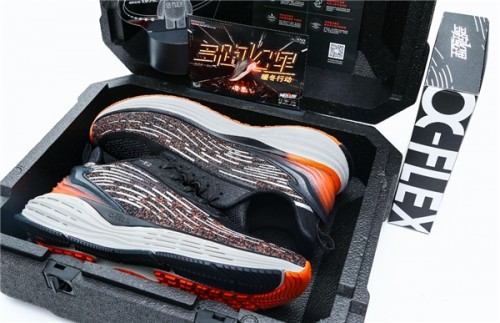 As an upgraded version of Qitan pro, which was popular in shoe circles before, Qitan 2.0 soft shell has improved its performance in an all-round way, focusing on more amazing ejection foot feeling. As soon as it was launched, it swept through station B, and more than 100 popular up players competed with each other to experience the amazing ejection foot feeling of Qitan 2.0 from various angles. Among them, there are not only professional evaluations by famous up owners in such shoe circles as geek talk, no talent and Gaozu talk about goods, Qitan 2.0 has attracted the attention of Geng, the owner of up at the head of station B. with the consistent hard core invention style, Qitan 2.0's product concept of "one kilometer more" is interpreted with laughter.

Where is this pair of strange bullet 2.0 that makes B station up master crazy?

Optimization of the middle bottom is the highlight of this upgrade. Hongxingerke specially invited sports medicine experts from the General Administration of sport of the people's Republic of China to provide suggestions and guidance for the upgrading of Qitan 2.0 from the perspective of ergonomics and material science. 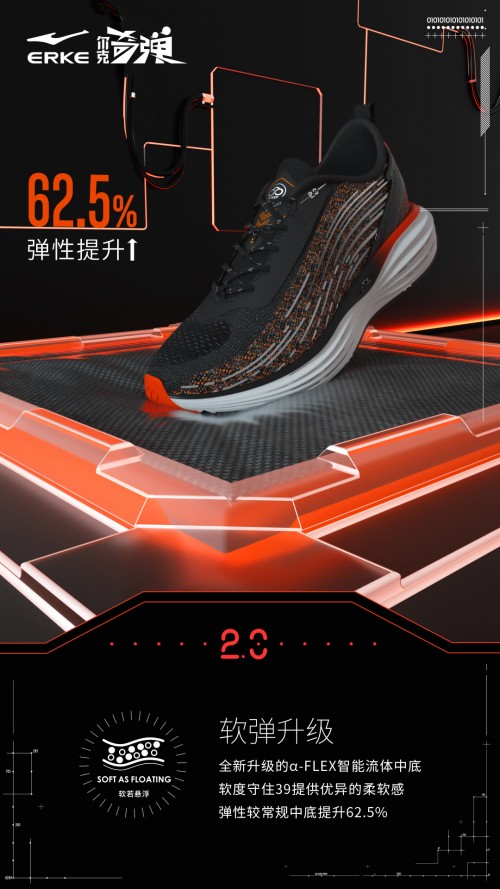 In the aspect of materials, the original α - Flex intelligent fluid material has been further adjusted by Qidan 2.0. I believe that friends who are familiar with running shoes must be familiar with Hongxing Erke's α - Flex intelligent fluid materials. As the soul of Qitan series running shoes, α - Flex was first introduced with numerous soft elastic foot feeling circles. The upgrade of α - Flex intelligent fluid material by Qidan 2.0 ensures excellent softness, and the elasticity is increased by 62.5% compared with the conventional EVA running shoes, and the rebound and shock absorption effect is more powerful! The leap from "soft like suspension" to "ejection foot feeling" is realized. This kind of foot feeling will have obvious relaxed feeling when running, which is different from the "feeling of stepping on the excrement" which is widely spread in the shoe circle, It's a "sense of ejection" with clear energy feedback, and it's a really mid bottom technology that really helps runners get a more relaxed running experience.

Landing transition is more natural. To be more professional, it is to rely on Shoe shape The upward camber and the drop ratio produce the feeling of pushing forward, so as to keep the comfortable angle between the sole of the foot and the front tibia, so as to reduce the energy consumption of the ankle and reduce the fatigue degree of the ankle. Under the guidance of sports medicine experts from the General Administration of sport of the people's Republic of China, the upgrade of Qitan 2.0 is more in line with the dynamic curve of the gap from "Ergonomics" to help runners complete the transition between front and back palms faster and improve their running efficiency. 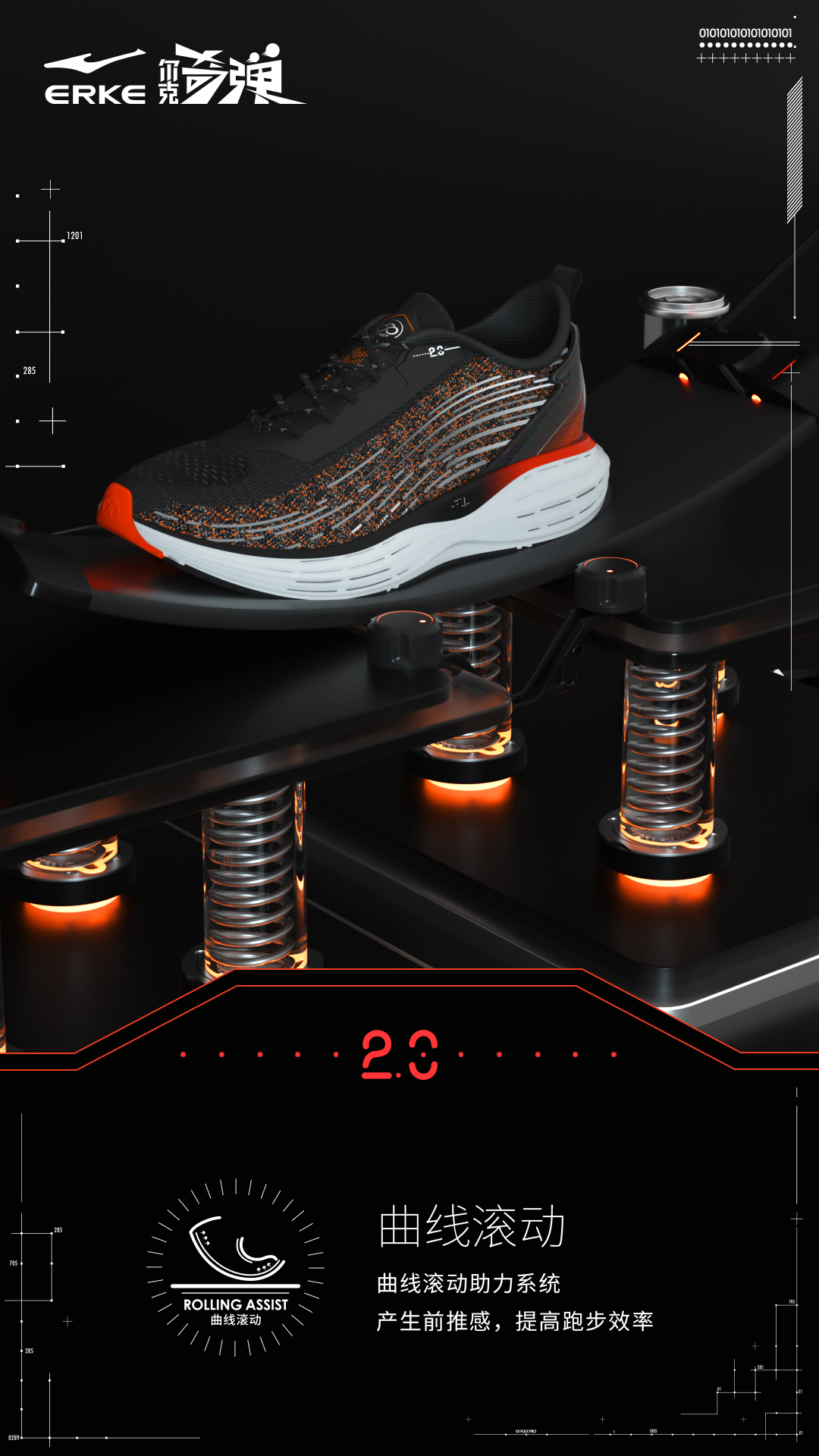 Since the first generation of odd bombs came into being, Hongxing Erke has been known as "the lamp factory delayed by the manufacture of shoes", which can be seen from the power of making light. Qitan 2.0 is still "fulfilling its mission" and is constantly improving in the cause of "lamp" to escort the night running.

This time, the three color matching continue the design concept of 360 ° floating light Vamp Reflective yarn and light changing technology create the visual effect of "stars all over the sky". At the same time, the technology light strip design throughout the shoe body is added to make the overall appearance more hierarchical and speed sensitive. In addition, Qitan 2.0 white model also adds a heel light variable TPU, which can release different light absorption and color changing effects in different light environments, bringing the perfect integration of speed and fashion. 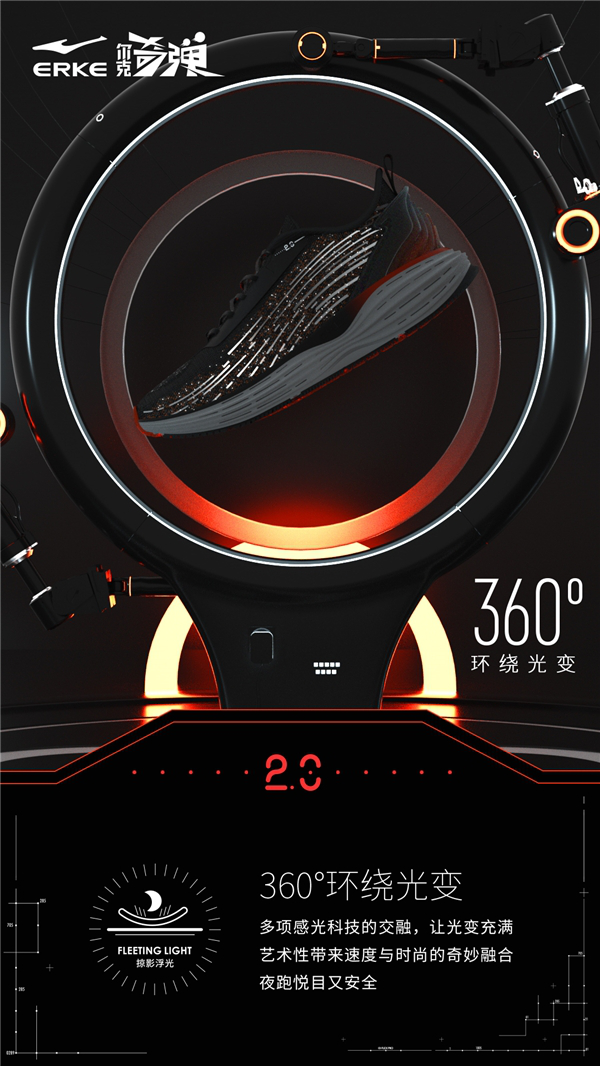 In addition to the above core upgrade, the stability and comfort of Qi Tan 2.0 are also commendable. sole With the anti-skid design, the racetrack of different materials can be easily controlled, and the touchdown area of forepaw is widened to make the runner more stable when walking. Multi dimensional locking throughout the shoe, from the sole to the arch to the heel and then to the surface of the foot, enhances the stability of running in all directions. The improvement of comfort is reflected in the insole, collar and other details, which is more in line with the ergonomic improvement and the length adjustment of carbon plate in the sole.

Qitan 2.0 Limited Edition Gift Box It will be officially put on sale at 10:00 a.m. on the 21st, and more details will be disclosed by the official at the online cloud conference of "one more kilometer" Hongxing erkeqi bomb 2.0 at 8:00 p.m. What is more noteworthy is that the sale of Qitan 2.0 will follow the group's concept of "taking the society and giving back to the society" as usual. Every time a pair of Qitan 2.0 running shoes are sold, equal amount of sports equipment will be donated to the welfare foundation for the disabled to contribute to improving the living standards of the disabled and the disadvantaged groups.

Li Yitong Is Addicted To The National Tide Culture, And Another Hongxingerke "Deer Shoes" Is Brought Into Fire By Her

Wang Zhentao Is Full Of Confidence In The Future, Aokang International'S Revenue Improved Significantly In The Second Quarter

Attention: Can The Name Of La Chapel Be Changed

From the market value of more than 16 billion, to today's PI Xing st, H shares and even become fairy shares, La charbell only took three years.