Human beings and other primates are gregarious, but no advanced species can achieve the complex form of human society, and no other high-level species similar to human beings have been found. Evolutionary biologists and evolutionary anthropologists have been questioning the past, present and future of mankind. The research team led by Professor Robin Dunbar has published a series of monographs, which answers these questions from the perspectives of archaeology, genetics, anatomy, brain science, culture, religion, etc. "Human algorithm" reveals six characteristics that make human beings stand out from the rest: upright walking, mental ability, partnership, language instinct, advanced culture and group consciousness. "The evolution of the community" analyzes the secret of the construction of human relations, and "where does the overall view come from" puts forward the social thinking source of human brain. This book introduces Dunbar's theory of mind, social behavior and the Internet.

Through a large number of experiments and observations, Professor Dunbar concluded that: the number of stable interpersonal relationships that human individuals can maintain is about 150. People in this group know who each other is and maintain a certain frequency of contact. This is the famous "Dunbar number". Its proposal provides a theoretical basis for the study of human social network construction. Within this group, there are also smaller groups that are subdivided according to the relationship between relatives and acquaintances, such as the most intimate small circle composed of 3-5 people, the larger circle includes the small group of 10 people, and the larger circle of 30 people. Dunbar proposed that the population should follow the rule of three fold expansion, that is, 5 people, 15 people (foraging group), 50 people (camp group), 150 people. 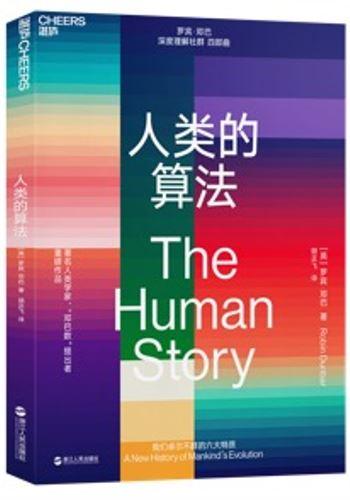 Human beings have ethics, that is, sociality. The biological premise is that the individual has the mental ability of normal people (such as empathy, empathy, education, etc., except for children and people with certain neurological diseases). Such individuals can form a community of up to 150 people. The mental interpretation ability mentioned here is advanced social cognitive ability (according to Dunbar's mind theory, it should reach at least the fifth level of mental level). This view is supported by the evidence of brain evolution. Through archaeological and genetic research, it is found that there is a linear relationship between the volume of neocortex developed in the late stage of human evolution (500000 to 50000 years ago) and the proportion of the pre developing part of the brain (mainly in the back of the brain), and the scale of the human community at each stage. It's 4% for humans, 3% for apes, and only 50% for apes. There is also a linear relationship between human social cognitive ability and the volume of the frontal lobe. It is the role of this part of the brain that distinguishes human social life from the social life of other primates.

Populations make species better suited to survive evolution. There is a lot of evidence that when encountering dangerous environment, the larger the group, the longer the survival time and the higher the chance. The earliest community was made up of consanguinity, and then gradually expanded. Some kind of connection was formed between individuals, such as abiding by certain rules, safeguarding the community's best interests and other common knowledge. The complex relationship of group life requires that the social cognitive ability of the brain must be improved simultaneously. The flow of people between 150 communities is not common, but the three communities can form "giant camps", which intermarry and trade with each other. Three of these super communities can form a tribe of 1500 people who speak the same language. With the continuous expansion of this group, the social cognitive ability has been constantly improved. Social activities have developed from combing each other's hair, smiling, body movements, sitting around a campfire to music and dance, language, storytelling, and even religious rituals, which can stimulate people's sense of happiness, satisfaction, collective and belonging. One way to expand the human community is to invent kinship categories, such as "Uncle" and "aunt", to address unrelated people and make them a member of "we". This is a kind of social skill, which enables the social genera without genetic relationship to form a network structure of responsibility to meet the needs of survival. This psychological ability (social skills) continues to this day. Human beings always like to live in groups and establish social ties through various ways, such as the same surname, hometown, the same language, culture, belief, etc.

Common knowledge is the symbol of social members, so individuals can understand and resonate with each other. This connection can distinguish the crowd. People have the ability to understand other people's beliefs in social situations. Children begin to have this ability when they are 4-5 years old. Other primates cannot reach the second-order mental level required to establish moral sense. Human beings can make moral judgments, but they are influenced by emotional states. Both David Hume and Adam Smith pointed out that morality is related to emotion, and people's intuition drives them to decide how they and others should act. The researchers found that rational pragmatism is not a common choice, and people with frontal lobe damage often have this tendency. When people are doing moral assessment, the areas of the brain involved in intention assessment are extremely active, and the key to our understanding of other people's intentions is our empathy for others. Vernon Smith pointed out that the game between people is very dependent on the judgment of the other party's intention, which is also based on people's normal empathy. At this time, people's intuitive reaction is often cooperation rather than confrontation. Cooperation is the core element of social network connection. In order to maintain stability, a general ethical code will be formed in the community and become the social norms or beliefs that each member abides by.

Adidas'S Acquisition Of Reebok Has Become An Embarrassing "Stepson"

Victory Of The World: How Can We Talk About Embarrassment