Zhou Wenjiang, vanguard of red bean Party member: Everything starts from the real needs of users

"We should do everything possible to find the real needs of users, create good products around the real needs, and let users constantly feel the surprise, and the market will naturally have." On the morning of January 27, Zhou Wenjiang, deputy secretary of the Party committee and general manager of Hongdou home company, said in an interview with reporters in the theme activity of "Celebrating the party's kindness and striving for the vanguard of the party's 100 annual reports" carried out by the Party committee of Hongdou Group.

All from the user's real needs, do a good job in the chain operation of "add, subtract, multiply and divide", which is his business method of red bean home brand chain for many years. In 2020, under the leadership of Hongdou Group's "three self and six modernizations" performance year, Zhou Wenjiang led the company to achieve a year-on-year increase of 57%, ranking the second in the performance group. He has persisted in deeply exploring the real needs of users for many years. His soft underwear has accumulated a total of more than 100 million pieces, and has also created a new category of soft underwear, becoming the industry leader.

Zhou Wenjiang joined Hongdou in June 1995, joined the party in August 2006, and began to be in charge of Hongdou home company in July 2008. For many years, he led the Party member team of the company to actively implement the development concept of "three self and six modernizations", concentrate on product research and development, and concentrate on doing well in business operation, demonstrating the vanguard and exemplary role of an excellent Communist Party member.

One focus is subtraction. Subtraction is just to give better products to users.

As a key product of red bean group, red bean underwear has created a brilliant history in the 1990s. However, in the new century, under the background of consumption upgrading and the rise of e-commerce, Hongdou home-based company focusing on underwear production is also facing transformation and upgrading. But the underwear industry is seriously homogenized, how to transform? After repeated research and research, Zhou Wenjiang believes that in the Internet era, the most important thing is to pay attention to users and understand their real needs before there is a market, and users are most concerned about products. 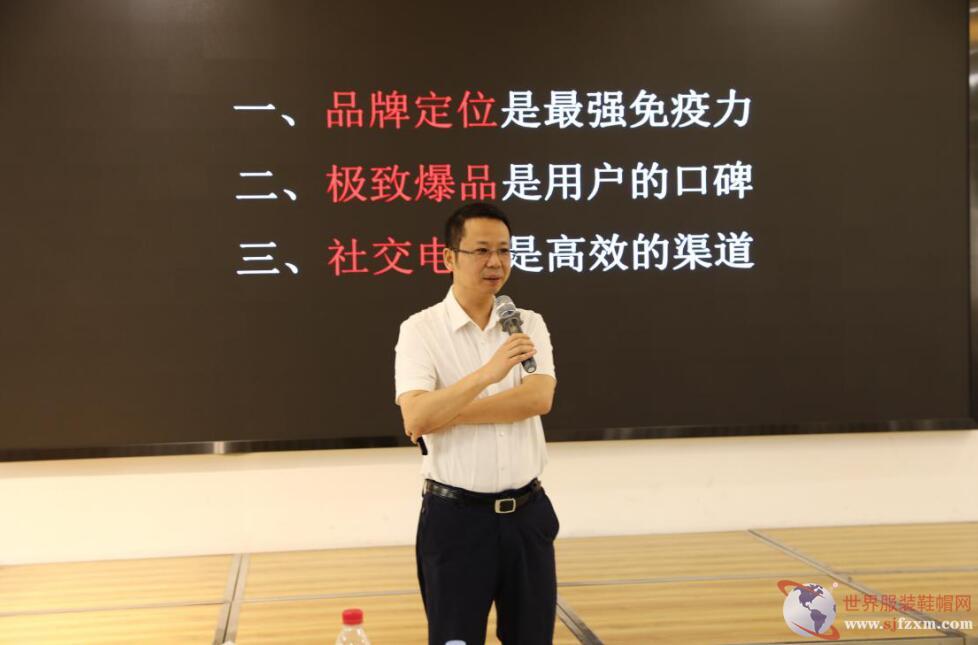 Then do a good job in products, do the ultimate explosive products, red bean home began a comprehensive transformation. Zhou Wenjiang believes that it is necessary to find out the pain points of users, make innovations, make explosive products with the thinking of users, and make accurate product positioning. Relying on the underlying logic, from taking into account the soft and warm, functional, thin and warm to focusing on softness, in the continuous upgrading and iteration, the product concept given by red bean home has become clearer, and the choice feedback given by consumers has become more firm, that is, comfort.

Similarly, we need to focus on the variety of products. Some people think that there are not many varieties of red bean products at home, and they want to develop more styles. However, it has been proved that by subtracting the inefficient and useless products, it seems that subtraction will leave all the highly selected products, which are in line with the company's precise positioning and category focus. In the long run, it will not only give users a better experience, but also strengthen the brand effect. This strengthening of consumer memory has a long tail effect on brand building, which is the real brand positioning of red bean home.

Focusing on products, the soft feeling of experience increases. Zhou Wenjiang insists on subtracting products because of the addition of technology behind them.

Be the leader of independent innovation in underwear industry. In the office, Zhou Wenjiang casually picked up a small bundle of sample fabrics of various colors. As long as he touched it, he knew the material and weight of the fabric. At present, most of underwear innovation in the market is in color and style, but in red bean home, the innovation of fabric technology is the most important. In order to bring users the ultimate comfortable experience, Zhou Wenjiang in the fabric technology innovation to the point of "nitpicking". It is this harsh attitude that Hongdou home has launched a series of red bean cashmere underwear, red bean cashmere heating underwear, baby cotton silk bra and other popular products in the market. 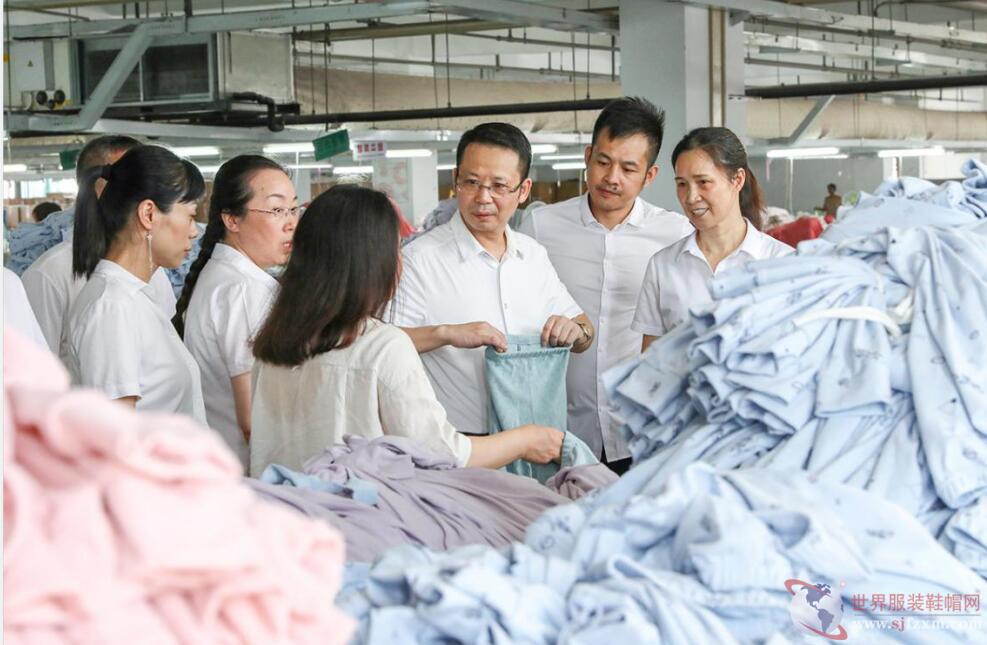 Take the dry cotton underwear, which has been popular since its launch this year, as an example. Cotton underwear has always been popular with the public, but Zhou Wenjiang thinks it can be improved because he found that although cotton is easy to absorb sweat, it does not sweat, so it is wet and uncomfortable to wear after sweating. Zhou Wenjiang proposed to develop fast drying cotton. The product manager told him that it was impossible. But Zhou Wenjiang insisted that we should make the impossible possible. He firmly believes that good brands and good products can only succeed if they do what others have not done. So after repeated search and experiment, finally, red beans home use Australian cotton, and add Lycra's perspiration black technology Coolmax? Fiber to solve this problem. In one week, the sales of dry cotton underwear reached nearly 190000 pieces, with sales of more than 14.8 million yuan.

On the surface, the cost of technological addition is bound to increase, but the meaning of "addition and subtraction" will also appear. Zhou Wenjiang explained that if you make 100 varieties, you can make 1 million yuan each, but if you reduce it to 10 varieties, with enough effort, you may reach or even exceed 10 million yuan for each variety. Selecting three or five types to make explosive products brings not only the increase of the apparent sales amount, but also the strong bargaining power behind the cost. In the cooperation with Lycra, when the soft underwear is successful, red bean home has become the strategic partner of Lycra, and the cost price is naturally very advantageous. From this addition, consumers get good clothes, not expensive and naturally satisfied.

Do Division for explosives

Technology makes products, while explosive products make brands. Division is a mathematical division formula of cargo efficiency developed by Zhou Wenjiang to determine which is explosive. Zhou Wenjiang always believes in sales data and user behavior. As for the formula of goods efficiency, Zhou Wenjiang explained, it is used to monitor whether the products sell well. The traditional goods turnover rate only divides the total volume of goods by the sales volume to get the turnaround days. The results are monitored from the concept of orders and sold out. The goods efficiency is further optimized by introducing the quantity parameter in the store to reflect the efficiency of goods sales, and real-time monitoring of which goods are sold well in the store from the dimension of the sales process. High efficiency means that there is explosive product gene, which can increase orders and focus on main promotion. Conversely, low efficiency products may be unsalable. In short, if there are 1 million goods in the store, it is very important to judge whether the sales volume can reach 300000 or 800000 in a week.

Sales is the data formed after users spend real money. Behind it, it is actually the voice of users. Data alone is not enough. Zhou Wenjiang also likes to interact directly with consumers. Many years ago, Zhou Wenjiang personally went to the store to sell goods and listen to consumer feedback, which had a great impact on the thinking of users after him. Zhou Wenjiang told the team that a good product manager must understand human nature. All users as the center, and do the best, this is the key to the success of red bean home transformation. 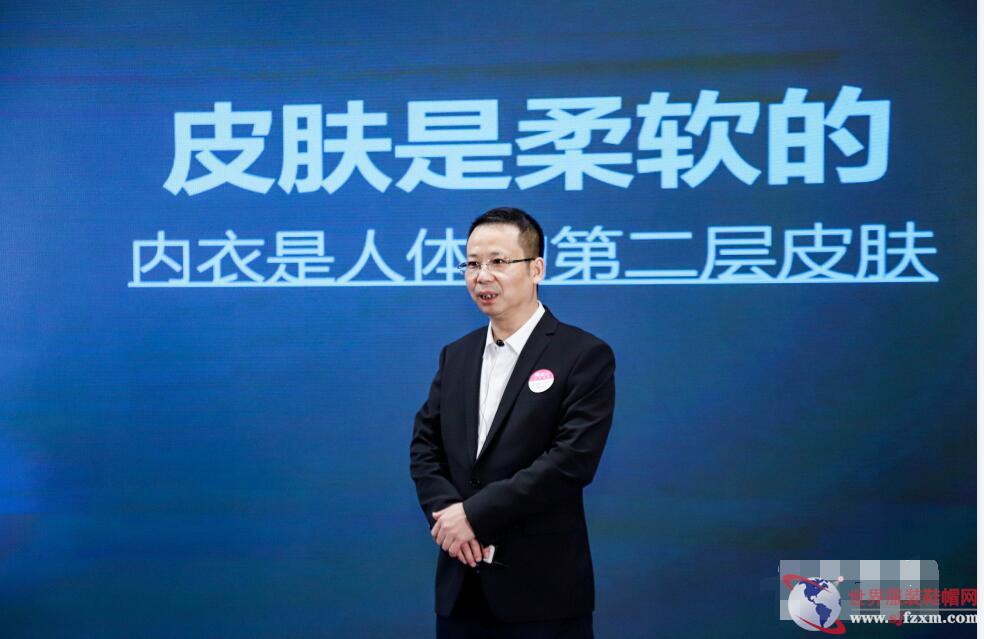 Of course, internal traffic is far from enough. In 2020, the new crown epidemic will have a great impact on all traditional industries. However, after the domestic epidemic situation eased, the red bean household rapidly recovered and the annual sales volume increased steadily. Behind it is the strong link between enterprises and users. As early as five or six years ago, Zhou Wenjiang established the user management department of the company to communicate and interact with consumers, so as to explore the real and hidden needs of users. On the official wechat public account of Hongdou home, there are more than 4 million high-quality loyal fans, which constitute the private traffic of Hongdou home.

In the face of new changes in consumption upgrading and diversified demand, Zhou Wenjiang's secret of expanding the flow pool is to quickly restore himself to a consumer. He believes that innovation in the Internet age originates from pain points and new usage scenarios. In the latest shaking sound video of Hongdou home, it is photographed that Chinese clothing lovers choose red bean velvet underwear as the inner layer, which is the most suitable application scene for young people. Behind these latest trends, which most closely coincide with the consumption psychology of young people, is Zhou Wenjiang, who gallops on the social platform of we media and is close to users in the front line of the Internet. With the most keen sense of smell of the operators, Zhou Wenjiang has captured the most accurate new customer groups.

Mathematical "addition, subtraction, multiplication and division" has become the management method of red bean at home through years of practice and exploration. Do not make fast money, continuous innovation, pay attention to comfort, just want to use the strongest technology, make the softest underwear, create the hardest brand, this is the party pioneer Zhou Wenjiang has been pursuing.

Attention: Press Conference Of "The First Hanfu Expo · Xiuwu" Was Held In Beijing

Evolution Enhances Efficiency! Celebration Of The 20Th Anniversary Of The Listing Of Red Bean Shares

ZX 9000 yctn black suede shoes of rough line are exposed, and the work clothes are full of temperament. It is a fashion brand about the sale of new adidas shoes