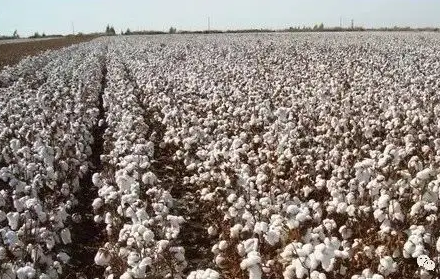 On May 18, ice cotton futures fell intraday, with bulls uneasy about the overall decline of the external market. At the same time, the cotton price fell after reaching a new high on Tuesday. The market believed that this was the signal that the price top was about to appear, which triggered a large-scale technical sell-off. The main contract delivery in July still has about a month, so there is not much time left for traders to hold long positions for a long time.

The market is waiting for the weekly US cotton export report on Thursday. Last week, U.S. corn, soybean, wheat and cotton contract volume all hit a new low this year, the market expects this week's data to improve. In terms of time, ice futures fell significantly from May 5 to 11, and remained stable at the low level. In addition, the number of the previous week was extremely low, so the number of this week is likely to recover.

On the same day, crude oil prices fell sharply due to the lifting of Venezuela's oil ban by the United States and the increase in production of American oil plants. At the same time, the three major U.S. stock markets plummeted, with the Dow Jones index plunging more than 1000 points. It is reported that the failure of Pfizer vaccine in the United States half a year later led to a sudden aggravation of the epidemic situation in the United States, while the Federal Reserve said that it would continue to raise interest rates by 50 basis points, causing financial market panic.

Keith, head of Keith brown and Co, a cotton broker in Georgia Brown said that all energy prices fell, grain prices also fell, and the stock market and stock index fell. Also weighing on the market are concerns about slowing Chinese demand and a stronger dollar, which makes cotton more expensive for overseas buyers. China's cotton imports in April 2022 were 170000 tons, down 24.5% year-on-year, according to data released by the General Administration of Customs on Wednesday; From January to April, the total import volume was 790000 tons, a year-on-year decrease of 34.0%.

At present, the macro pressure continues to increase, cotton demand has been significantly depressed, and the contract delivery in July is approaching day by day, leaving little opportunity and time for cotton price to go up. It is a high probability event that the market peaked in the second quarter.

Silk Prices Continue To Fluctuate At A High Level, And The Textile Market Has Obvious Off-Season Characteristics

Futures Market Sentiment Is Not Strong, Cotton Futures Rose First And Then Fell

Global Perspective: India'S Hot And High Temperature Affects The Yield Of Wheat, Cotton And Other Crops

According to the Indian Meteorological Bureau, the temperature in northern and western India may reach as high as 50 degrees Celsius in May, which will have adverse effects on crops and industrial activities