In the morning of August 5th, the RMB exchange rate against the US dollar for the first time in twelve years was "7".

On the morning of August 6th, according to Xinhua news agency, the Customs Tariff Commission of the State Council did not rule out import tariffs on new farm products purchased after August 3rd. After the news was issued, the US stock market accelerated to fall, and the three major indexes all hit the biggest single day drop this year, of which the Dow Jones Industrial Average fell nearly 1000 points, and the 30 power shares floated collectively. From the capital side to the bulk commodity market, for the polyester industry chain, although the basic supply and demand determines the price fluctuation, the fluctuation of the macro side will inevitably produce a certain impact on the market.

First, PTA fell into the mainstream, and the panic increased.

Under the influence of capital face game, the sharp rise and fall has become synonymous with PTA futures market. However, since July, the decline has almost occupied the mainstream of the PTA futures market, and has even experienced a downward trend many times. Similarly, the spot market is also continuing the downturn. In the fall of this market, PTA is the first to bear the brunt.

The early stage was due to the withdrawal of multi funds, resulting in a sharp fall in the PTA futures market. In the middle and late 7, due to the fermentation of a trading company explosion, some PTA enterprises were restricted in shipping, and the PTA futures market was down sharply again. On July 22nd and 23, it was the two consecutive limit. With the further aggravation of market panic, the PTA market has continued to be vulnerable since August, and it is difficult to improve. Both the futures market and the spot market show a weak decline. 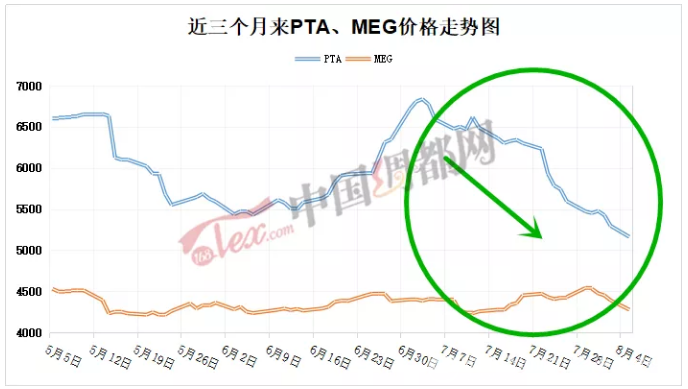 After entering a few trading days in August, the price of raw materials PX continued to plummet. It is reported that 3 sets of PX maintenance devices will be resumed in China, and the new Sinochem run PX device is expected to be put into operation. The domestic PX supply will increase significantly, which will suppress the PX market to a certain extent. Of course, apart from the device itself, the demand side and the macro faced with its influence factors can not be too small. 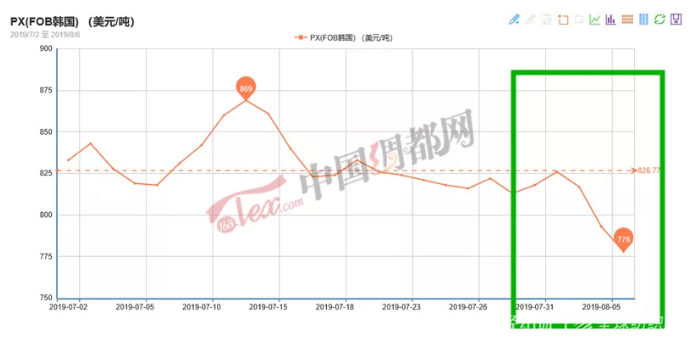 As mentioned earlier, under the pressure of early PTA plunging market, the confidence of polyester industry chain has been suppressed. Especially in the middle of 7 months, the polyester market continued to appear weak and falling. The mainstream manufacturers of polyester filament made a daily reduction of 50-200 yuan / ton, and the price of each product dropped to the lowest level in the past two years.

Until the end of July, after twenty days of dormancy, polyester production and marketing were detonated; however, it was only a "2 day tour" market, and the market returned to the plain again. Recently, under the negative pressure of the market, the polyester manufacturers fell again. On the 6 day, some manufacturers made a reduction of 50-100 yuan / ton.

Under the attack of all sides, is the market of polyester filament that is running on a low level going through a downward trend? It seems a bit hard to bear, but there is always a "surprise" in the sadness. The polyester market profit is a substantial rebound.

This year, in the polyester industry chain, the PTA market profit is absolutely "one branch alone", engulfing the profits of other upstream and downstream markets. However, after the price slump, PTA finally failed to sustain its profits. In just a half month, PTA profits have fallen from the altar of more than 1000 yuan, and now it has dropped to 313 yuan / ton.

For polyester manufacturers, it became a "lucky dog". In just over ten days, it was rushed back from the edge of losses and showed a high profit. No matter the continuous fluctuation of macro level or the weakening of terminal demand, or to a certain extent, it causes panic suppression. The confidence in the polyester industry chain is very obvious, which is not conducive to the development of the overall market.

The Output Of Reserve Cotton Is 10 Thousand Tons, Of Which 3 Thousand And 700 Tons Are Xinjiang Cotton (8.7).

The US Tariff Increases The Price Of The Cotton Market, And The Yarn Price Falls To A Foregone Conclusion.