Textile Industry Operators Generally Feel That This Is Not As Good As How To Open Up More Room For Development By "Internet +".

Some time ago, the 2019 Second World cloth merchants conference, autumn Textile Expo, autumn fashion week and other heavy activities in Keqiao, Shaoxing, "high gloss debut", for this 100 billion level textile industry cluster to add a piece of prosperity. At the same time, it also added a "fire" to the traditional peak season of "golden nine silver ten".

From the above data we can intuitively feel that today's spinning City has bid farewell to the "meager profit era" and ushered in a new era of high quality development driven by scientific and technological innovation.

Because of the superimposed factors such as environmental protection, Sino US trade war and economic depression this year, the pressure of development of many industries has been increasing. Under such a complex and changeable economic situation, how does the Chinese textile city site that all merchants gather is steady and red? To this end, the reporter visited the company deliberately, believing that "small to see big" can be more intuitive and in-depth understanding of the secret behind this high quality development.

Today, the reporter came to Shaoxing Ke Qiao Tian Tian Textile Co., Ltd., located in Shaoxing Textile City Trade Center (hereinafter referred to as "Mao Tian textile"), and the general manager of the company, Li Anxin, was interviewed by reporters. According to Li general, the company has just been established in recent years, although it has a late start, its customers have been constantly established since its establishment. As the word "Mao" (m o) in Mao Tian textile, its meaning can be interpreted as "luxuriant growth", implying that business is booming and financial resources are flourishing.

It is understood that Mao Tian textile is a modern enterprise integrating manufacturing, sales, processing and trade, with both internal and external trade. The company is mainly engaged in knitted and woven products. At the same time, the company also operates lace and rayon fabrics.

Pictured as General manager Li Anxin briefed reporters about the fabric products such as milk yarn.

Influenced by his parents, Lee has accumulated many years of experience in the fabric industry. He said in an interview that the most important thing to attract customers is quality. Because throughout the development of textile industry, quality is always the decisive factor in the development of enterprises. According to the introduction, "Mau Tian textile" developed milk silk fabric is light, soft, delicate, silky, fresh and natural, and has good breathability and drapability. The garments made of this material are comfortable and durable, and have good wearability. 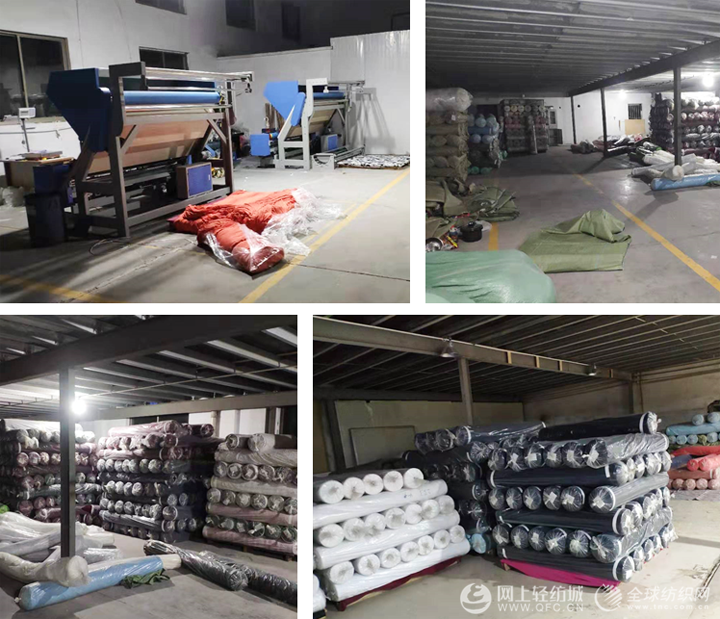 The picture shows the Mau Tian textile workshop and warehouse.

At present, "gold nine silver ten" has been more than half, many textile operators generally feel that this is not as good as today, but Li told reporters in an interview that compared with previous years, the downward pressure this year is indeed greater. However, thanks to the "Internet + textile" business model and business philosophy, the company's current business condition has not been greatly affected. 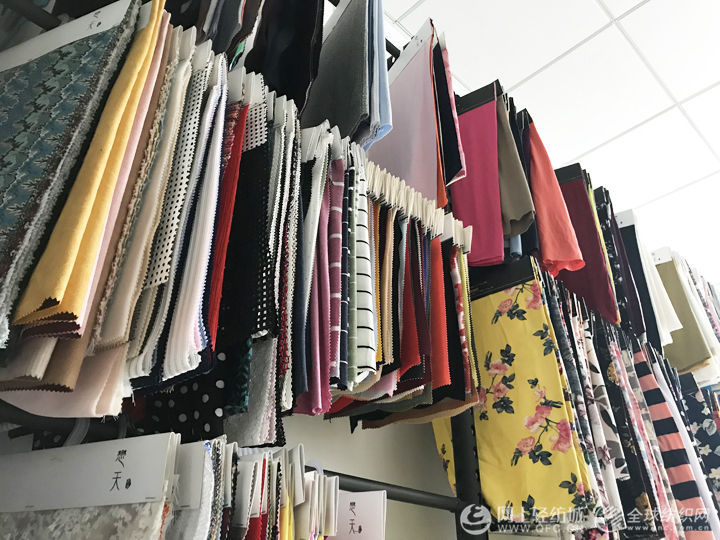 The picture shows the hanging fabric of the company.

As a professional textile company integrating industry and trade, "Mau Tian textile" attaches great importance to the new blue sea of "Internet +". Under the pressure of intensified competition in the domestic market, "Mau Tian textile" has joined the global online textile shop earlier. Li said: "the popularity of the Internet has promoted the development of the electricity supplier. The company has worked with Alibaba and HC together, and believe in the professionalism of the global textile network." In addition to professional strength and quality service, Li also said he was more interested in the marketing ability of the global textile network. After entering the global textile net shop, he has excavated a batch of new potential high quality customers, which greatly enhanced his confidence in the development of e-commerce.

In the future, Li said that he will focus on online development, and steadily push forward the business of e-commerce through cooperation with the global textile network, so that online channels not only contribute directly to the company's sales revenue, but also play the role of brand promotion and drainage, opening up more room for development. In addition, reporters also learned that "Mau Tian textile" signed up this year to participate in the Vietnam mining and supply meeting held by the global textile network of Zhejiang China Light Textile City Group Limited by Share Ltd and the online Textile City. Li said that only by actively going out can enterprises keep their vitality and promote the virtuous circle of innovation, enhance the competitiveness of enterprises and master more initiatives.

In The Future, Consumers Can Use Alipay In Burberry Global Self Store.

In The Future, What Kind Of Fabric Can Catch Up With Or Even Lead The Trend?

Will The Brand Continue To Fire After Losing The Creative Director?