At the first annual meeting of China's macroeconomy held on the 11 day, the responsible person of the national development and Reform Commission said that in 2019, China's national economy was running smoothly, and the main indicators of employment, price and balance of payments were all in a reasonable range, and the annual economic growth target could be achieved.

The responsible person said that in 2019, CPI rose by 2.9% over the previous year, less than 3% of the annual target, and the expected target of more than 11 million new jobs in cities and towns nationwide has also been achieved two months ahead of schedule, and is expected to exceed 13 million people in seven consecutive years.

At the same time, in the first three quarters of 2019, the growth of per capita disposable income of the whole nation basically kept pace with the economic growth. The exchange rate of RMB was basically stable, and the growth of import and export of goods trade was generally stable, achieving positive growth. It is worth mentioning that, as the leading indicator of the economy, PMI has been on the ups and downs line for two consecutive months. 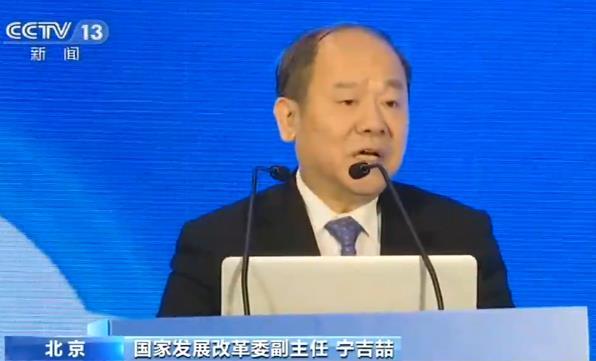 Ning Jizhe, deputy director of the national development and Reform Commission, The economic operation has always been maintained at a reasonable interval. It is estimated that the annual GDP growth will achieve the expected target of 6 to 6.5 at the beginning of the year. Looking at the world, this economic growth is among the leading economies in the world. It can be said that the economy of more than US $one trillion is the highest speed, which is indeed commendable.

Ning Jizhe also said that in terms of aggregate, China's GDP in 2019 is expected to be close to 100 trillion yuan, and the per capita GDP is expected to exceed ten thousand dollars. This increase in the scale of the economy means not only the increase of people's income, the increase of the income of enterprises, but also the greater progress of life, and it is also a significant progress in human history.

Ning Jizhe, deputy director of the national development and Reform Commission, According to the world bank's 2018 data, the population of GDP per capita is more than US $ten thousand, and the population is about 1 billion 600 million. Then, as China has a population of 1 billion 400 million, the per capita GDP exceeds ten thousand US dollars, and 3 billion people enter the ranks. This undoubtedly has a positive impact on the whole world and significant progress in human history.

The US Iraq Conflict Is Good For The Global Chemical Market?

A Hot Review Of The Week: A Quick Look At The News Events In Textile And Garment Industry At Home And Abroad (1.6.-1.10.)

King Of Running Shoes In Japan Used To Sell About 20000000 Pairs At The Peak.

Since a runner in a running marathon runner in a Boston marathon race has won the championship, Onizuka Obuya has made a name for himself.