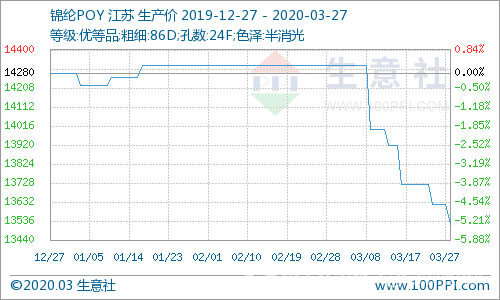 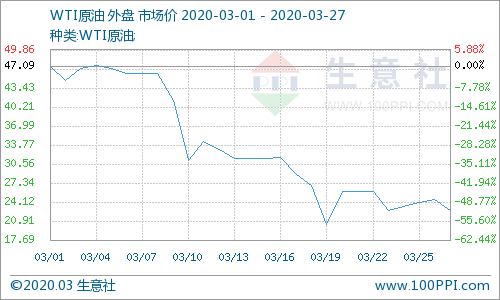 Supply and demand imbalance, crude oil prices diving. In March 6th, the "OPEC +" new round of production negotiations broke down, on the same day, international oil prices plummeted 30% to 30 dollars / barrel. As of March 27th, WTI crude fell by 52.01% in March. Oil producing countries are starting to increase production and cut prices to seize the market. Saudi oil giant Saudi Arabia said that the supply will reach 12 million 300 thousand barrels per day in April, and Russia has responded by expressing its ability to increase production by 500 thousand barrels per day to a record 11 million 800 thousand barrels / day. Iraq, Nigeria, the United Arab Emirates, Kuwait and other countries have also announced the accession to the army of increasing production. Crude oil production is in progress, but demand is falling sharply. The new crown pneumonia epidemic is spreading all over the world, and control measures in many countries and regions are upgrading, aviation, transportation, travel reduction and economic activity slowdown. Crude oil may remain at a low price. 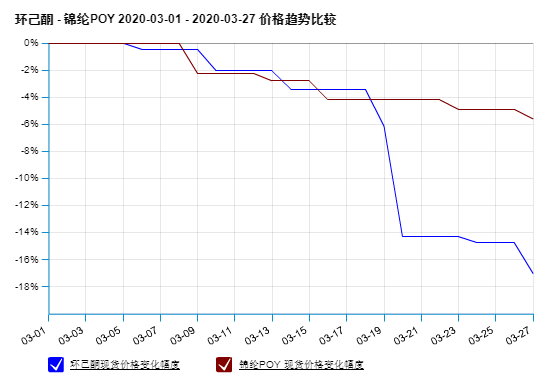 In March, some of the nylon enterprises were still in the state of order production in the past few years because of their raw materials. The factory started to operate at a low level, and the purchasing intention was not strong enough. In mid March, most manufacturers lowered their quotations one by one, and some enterprises in recent weeks stayed at about 500 yuan per ton. From the price chart of cyclohexanone and nylon POY, it can be seen that crude oil prices are low or difficult to change. Cyclohexanone has a cliff fall in mid and late 3, while the price trend of nylon POY is relatively smooth.

Crude oil is at a low level, nylon orders are weak, with the consumption of inventory and cost reduction, pricing is gradually being explored. Business analysts believe that the cost is insufficient and orders are not optimistic. Nylon is expected to continue to decline.

The Outbreak Of The Talk Show: The Comedian'S "Potato" Revolution

Biguiyuan: A Balanced Sample Of The Size And Profit Of The Housing Enterprises In The Downlink Cycle

Housing Enterprises Earnings Season: The Development Of Deceleration And Profit Growth Under The Survival Of The War

Shenda Shares (600626): Holding 70% Overseas Subsidiaries Auria Due To The Epidemic Is Expected To Suspend Production For Two To Four Weeks.

Shenda shares announcement, due to the impact of the new coronavirus pneumonia epidemic, the company held 70% of the subsidiary Auria, part of the environment.