When Polyester Staple Continues To Fall, When Will It Be Bottomed Out? In The Summer, The Order Is Confused, And The Yarn Companies Close To Production And Production Are Close To Collapse?

In March 27th, the number of New Zealand's cotton entering the market was 18000 tons, and the actual turnover was 18000 tons, with a turnover rate of 100%. The average transaction price was 12155 yuan / ton, which was 288 yuan / ton lower than the previous day's average price. Among them, 18000 tons of warehouse were built in the mainland, and 5 stores were sold. From December 2nd to March 27th, the total turnover of Xinjiang cotton reached 356560 tons, of which 12480 tons were accumulated in the Xinjiang warehouse, and 344080 tons in the mainland stock market. A total of 102 enterprises were auctions. In the eighteenth week (March 30th -3 31), the bid price was 11550 yuan / ton (standard 3128B price), down 900 yuan / ton compared with the previous week. From 2019 to 2 trading days in Xinjiang cotton, we remind cotton companies to seize the opportunity and arrange the sale of cotton so as to ease the pressure on product inventory and cash flow as far as possible.

Zheng cotton shock consolidation, the main contract gradually shifted positions for 05 months, the number of contracts for many contracts reduced, 09 small contracts increased, the market concerns gradually shifted to 09 contracts, short-term Zheng cotton rebound after the pressure is still callback. The spot market of lint cotton is still flat. The cotton mill needs to buy at a price, and the atmosphere of lint buying and selling is still light. With the fall of cotton target price subsidy policy in 2020, cotton farmers' concerns about subsidies continue to be eliminated. To some extent, cotton farmers have been positive in planting. The cotton planting in Xinjiang has been launched in recent years, and the impact of weather on the cotton market is gradually emerging. In the later stage, we need to continue to pay attention to the import and export of cotton. The lint supply is loose and the domestic demand recovery is slow in the short term. Domestic textile enterprises have shown signs of limiting production, the cotton demand has been tightened up, and the short-term cotton price has not been effectively driven by continuous rising. It is predicted that cotton prices will still be dominated by low volatility in the near future.

The price of acrylonitrile is weak and volatile, and business offers are on the market. There is no shortage of market prices. The terminal demand is expected to slow down. The load of the downstream acrylic fiber plant is expected to decline. The maintenance plan and production plan of the acrylonitrile plant coexist. Under the game of supply and demand, the market is expected to remain empty, and the short-term price of acrylonitrile will remain weak. The price of acrylic staple is sideways, the monthly price of the plant is divided, the Sinopec's offer is down, the northeast big plant plans to overhaul, the offer is stable, the terminal demand performance is general, the downstream user's enthusiasm for purchasing is scarce, the market trading center is weak and the shock is low, and the cost support is insufficient, and the predominant count of the acrylic fiber staple price is weak consolidation.

On the basis of the "pilot scheme of subsidy and quality linked to cotton target price reform in 2019", Tacheng Shawan County, Changji national agricultural hi tech park, Jinghe Autonomous Prefecture of Bortala Mongolia Autonomous Prefecture, Yuli County of Bayinguoleng Mongolia Autonomous Prefecture, Sha Ya county of Akesu area and Mengaiti County of Kashi Prefecture carry out cotton quality subsidy pilot project. The cotton subsidy will be based on the total amount of the national subsidy for liquidation and the quantity of seed cotton sold by the corps development and Reform Commission. According to the unified cotton seed subsidy standard established by the Corps, the Finance Bureau will draw up a liquidation plan for the cotton target price subsidy fund by the end of April 2020, and the funds will be liquidated after the approval of the Corps. Within 20 working days of receiving the subsidy funds, the Financial Bureau of the division will allocate all the subsidy funds to the main body of the other units in the regimental field, the direct units of the regiment and the other areas of the division. In the 20 working days, the relevant departments of the Regiment (unit) will pay the subsidy to the growers in full.

Heng Yi Petrochemical announced its performance announcement on the evening of March 29th. The company expects net profit in the first quarter of 2020 to be 650 million yuan -8 billion yuan, a substantial increase of 53.52%-88.95% over the same period in 2019. During the reporting period, due to the loose supply of upstream raw materials such as PTA and polyester, the market share of enterprises continued to grow, the bargaining power of products increased, and the gross margin of products increased. The Brunei refining and chemical project has been put into full operation and high load production.

Sinopec reported that at 16:38 on March 29th, after more than 600 cadres and staff 35 days and nights of continuous fighting, the annual output of 500 tons of melted spray cloth production line in Yizheng chemical fiber factory in Sinopec successfully put into operation, the output of excellent products. It is estimated that Sinopec's 16 production lines will be put into operation in May, with annual capacity exceeding 10000 tons, which can help about 10000000000 processing disposable medical masks.

On March 26th, the office of the United States trade representative said that according to the product exclusionary procedure in June 2019, specific tariff exclusion requests would be granted to specific products imported from China. The product exclusion period is from September 24, 2018 to August 7, 2020. 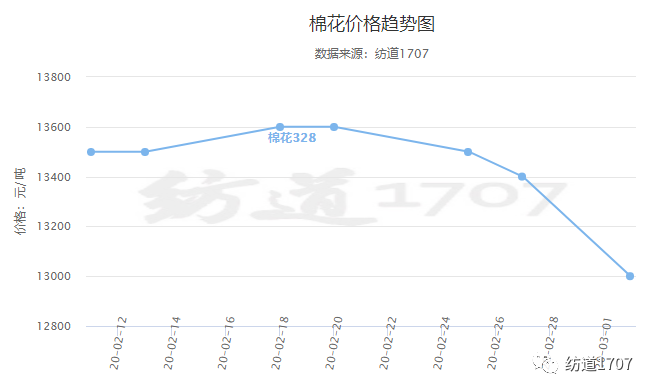 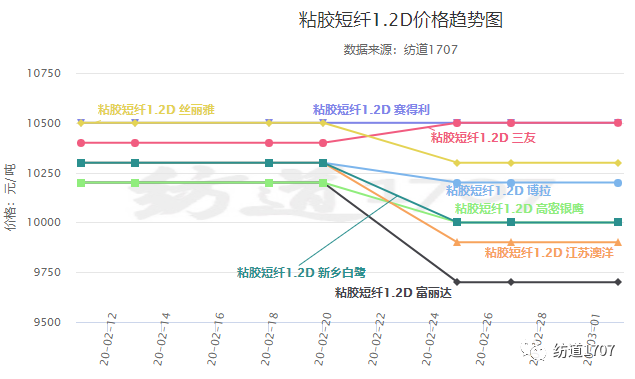 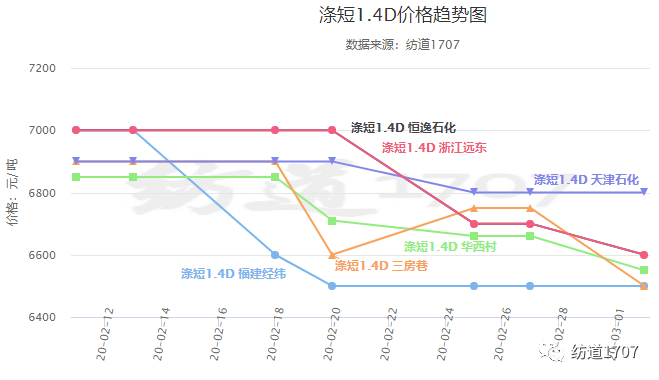 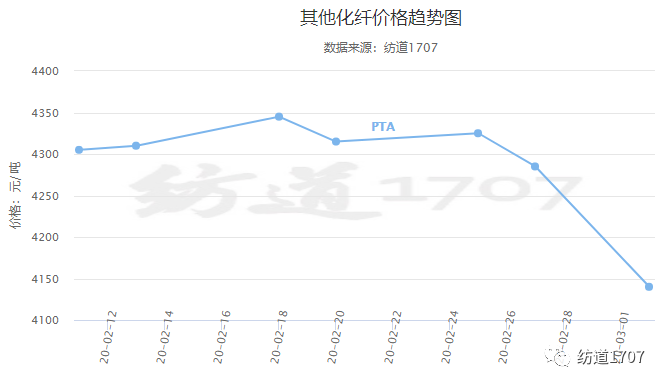 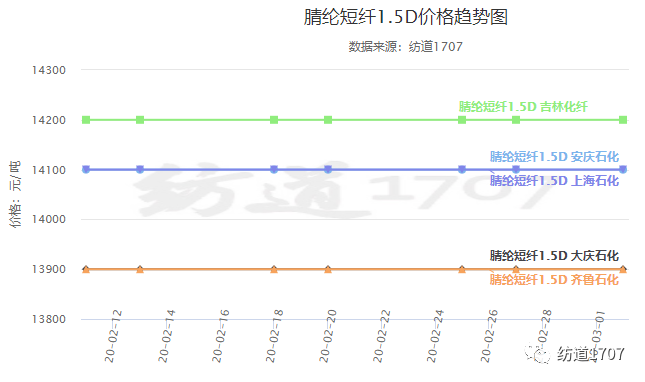 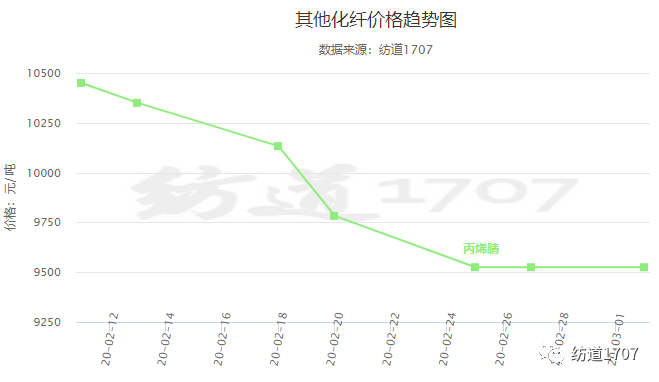 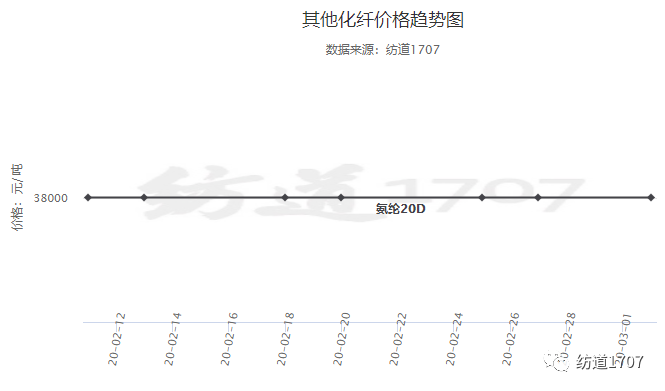 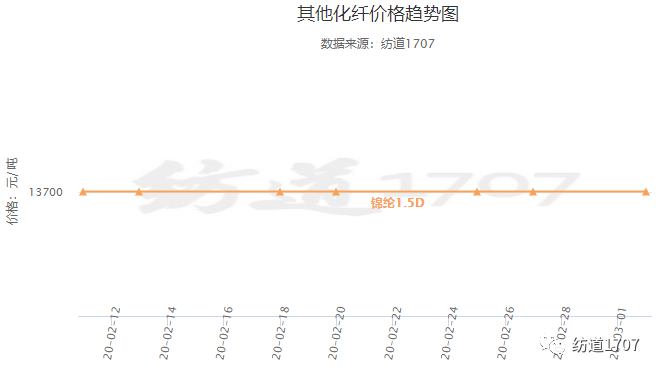 The PTA Price Dropped By About 50%.

The Fundamentals Of The Superposition Of PTA Have Reached A New Low Of Nearly Ten Years.

The Spot Price Of Cotton Is Reduced, And The Purchase Of Textile Enterprises Will Follow Suit.

The Global Epidemic Situation Is Anxious. Foreign Trade Orders Are Stagnant Or Enterprises Are Slowing Down.

At present, the global epidemic situation is anxious. Who data show that as of Central European time 18 on March 28th (Beijing time March 29th 1 hours)